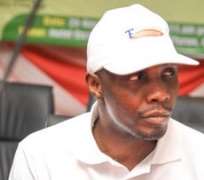 Economic and Financial Crimes Commission (EFCC) has released information of its 76 most wanted people, who are being hunted for various offences and among those wanted are few politicians and former public office holders, most of whom are high profile and well-known.

EFCC, in arriving at the the list of the seven most wanted economic criminals,  said it has taken into cognizance the effects of their crimes on the country, the sheer size of their alleged loot and the profile of such persons.

Here are the seven most wanted persons on EFCC's watch list.

GOVERNMENT EKPEMUPOLO A.K.A TOMPOLO
Tompolo is a former militant leader of the Movement for the Emancipation of the Niger Delta (MEND).

The former militant warlord is alleged to have mismanaged money from Nigerian Maritime Administration and Safety Agency (NIMASA).

Two bench warrants have been issued by a federal high court sitting in Lagos for Tompolo's arrest but thus far, the security agencies have not been able to arrest him.

MARIANO ALBINO
Mariano Albino is an Italian who was declared wanted in connection with a case of obtaining money under false pretence, stealing and money laundering.

According to information made available to the public by the EFCC, the amount involved in the alleged sharp practice amounts to the tune of N989, 288,400.

His last known address is No 9B, Ezekwuese close, Lekki Phase 1, Lagos.

JERRY OGBONNA OBIKE PHILLIP
Phillip is alleged to have withdrawn a sum of N45 million that was erroneously sent to his account.

Following the alleged act, EFCC notified the public that “Phillip withdrew the sum of N45,000,000.00 that was mistakenly credited into his account in a new generation bank”.

“However, it was learnt that, before the money could be reversed to its rightful owner, Phillip had allegedly withdrawn the said amount.”

The money was said to have been paid into his account by the Central Bank of Nigeria. Phillip hails from Ovim in Isuikwuato local government area of Abia state.

FADY EL-DAHER
Fady El-Daher was declared wanted by the EFCC in March 2015.

A staff of El-Alan Construction Company located at No. 9, Macgregor Road, Ikoyi, Lagos, El-Daher is wanted in connection with a case of conspiracy, obtaining money under false pretence and stealing.

Fady, a Lebanese, served as the project manager to the company's construction site at Kofo Abayomi, Victoria Island, Lagos.

He allegedly colluded with some of the sub contractors employed by the company to inflate the cost of materials and measurement of work done on site.

He was, on July 21, 2015, charged at a federal high court on a 24-count of procurement fraud and obtaining by false pretence.

While Oronsaye and two others were present in court during their arraingment, Maina was amiss and has since remained at large.

The INTERPOL has issued a worldwide red alert on Maina, based on a request from the EFCC.

DESMOND OSAWARU
Osawaru is wanted by EFCC for obtaining $200,000 from a client under false pretence.

His unsuspecting client fell victim to a phony boat transaction and parted with the aforementioned sum.

The former governor of Jigawa state is wanted in connection with a case of criminal conspiracy, stealing, money laundering and misappropriation of public funds to the tune of N36 billion.

Turaki has been on the run since his re-arraignment in 2011 on a 36-count charge at the federal high court Dutse, Jigawa state.

During the last sitting on November 13, 2014, 50year-old Turaki was absent despite a subsisting warrant for his arrest.

In May 2016, agents of the EFCC stormed the Abuja home of the former senator at 16 Dennis Osadebe Street, Aso Villa.

The team of operatives who carried out the raid were unsuccessful in their attempt to apprehend the former governor, as only members of his family were found at home. Nigerian Eye