Calling The Name Of God In Vain 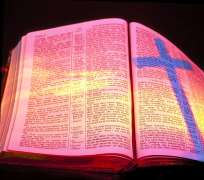 Humans call God for different reasons. Some are purely altruistic while some are selfish. This explains why I wonder if my God is the same one others call upon. Some people imagine God to be essentially weak, hence in need of whom to fight for Him. Others see God as a Being that is somewhere and nowhere at the same time. They “believe”, often without knowledge. Why worship a God you know nothing about His nature? These are some of the questions that baffle me anytime I see some of our so-called “religious” people.

To the very religious ones amongst us, asking questions concerning God or probing deeper into religious issues can be seen as heresy. “Why do you call the name of God in vain?” They query.

Just recently during one of the matches in the on-going UEFA EURO 2016, I witnessed an argument in a soccer viewing centre during a match between Iceland and Portugal. There arose the argument about who is a better player between Christiano Ronaldo (who features for Portugal) and Lionel Messi (who is in far-away South America).

It was obvious those in Ronaldo’s support were fans of Real Madrid and those supporting Messi were FC Barcelona fans. These arguments which soon turned to insults amazed me because none of these people could produce their club membership cards if asked to. They scream at the top of their voices, but no one is listening. They “fight” in defence of their respective clubs, but make no difference. In the name of their clubs, these people will go the length to “prove their point”.

It is not just religious ideologues that cause problems – state-imposed atheism was a defining feature of brutal 20th century regimes led by despots, like Joseph Stalin (Soviet Union), Josip Broz Tito (Yugoslavia), Mao Zedong (China), and Pol Pot (Chile) among others, which resulted in the suffering and murder of millions. Tens of thousands of Russian Christians alone were executed for their beliefs by atheists intent on purging religion from the Soviet Union. If all these happened, and were caused, promoted and executed by men, the problem may not be totally religious after all!

Recently, a mild drama erupted in the State of Osun over the interpretation of a Court judgment on the question of the wearing of hijabs in the state-owned public schools. The state’s chapter of the Christian Association of Nigeria (CAN), in response, directed Christian students to wear their church robes to school should the school implement the court judgement. Even without doing a simple research on the matter, the online media went agog with the pictures of less than 10 students of the Baptist High School, Iwo in Church apparels. It was equally alleged that some CAN leaders in the state escorted the students in compliance with their “order”. They were there to monitor the reaction of the teachers to the strange mode of dressing of their children.

In parenthesis, the students’ dressing as seen in the picture only reminds me of my days at the famous Awo Hall, Obafemi Awolowo University, where Aro (Display of mild lunacy) was common. I remember vividly situations where students will, in full religious garments, dance to remixed gospel songs to the excitement of those watching. How dare you stay in Awo and talk about boredom?

What was expected of the state leadership of CAN was to have filled an Appeal challenging the suit filed by the state’s Muslim Students’ Society of Nigeria (MSSN). Things would have been made easier had some people not played dangerous politics with religion in and out of the media. There are Christ-like ways of doing things. I guess this was why Mahatma Gandhi noted how he loves Jesus Christ but detests Christians!

It is in the light of Section 10 “Prohibition of State Religion” of the 1999 Constitution that some people argue that Nigeria is a secular state. As a matter of fact, the phrase “secular state” is not used anywhere in the Constitution. Worse still, there is no reported Nigerian case so far where the said section 10 has been given judicial interpretation to the best of my knowledge. The argument put forward by some of us, including those who should know better on the question of “secular state” in Osun is discomforting.

Let us take it that truly, Nigeria is a “secular state”. Does “secular state” mean the individuals in the state are “irreligious”? Does it mean that the Governor of the state should have or hold no religious belief? Or that the people themselves should be averse to all religions? The answer to all these questions is NO. The “secular state” is strongly a Machiavellian concept that gained frequency during the Renaissance when the Church played too much role in political matters to the discomfort of many Italian nationalists. If we agree that the 1999 Constitution envisaged a “secular state”, then the Christian and Muslim prayers at public or state functions, including schools are illegal. The state sponsorship of Pilgrims to Holy Lands will then be illegal. These make no sense if we place much emphasis on the so-called secular state!

As I write, I am not aware that Osun state government has an official religion in compliance with the vexed Section 10 of the 1999 Constitution which states: “The Government of the Federation or of a State shall not adopt any religion as State Religion.” The wearing of hijabs as far as I know was abandoned by the State government sometimes last year, but the MSSN took it upon itself and approached the Courts to interpret Section 38 which states inter alia:

(1) Every person shall be entitled to freedom of thought, conscience and religion, including freedom to change his religion or belief, and freedom (either alone or in community with others, and in public or in private) to manifest and propagate his religion or belief in worship, teaching, practice and observance.

Taking the light of Section 38(2) cited above deals with a situation in which the schools teach the doctrines of a particular religion, which the pupils are forced to take. Since the schools are not on record to have denied anyone their right to entry, no section(s) of the Constitution is violated in our opinion. Save for those who only intend to make mountains out of molehills. The use of religion as the basis for assessing a governor, just because he is of a different belief, only make issues unnecessarily complicated.

It was recently drawn to my attention that the state Government itself as no qualms suspending the issue of wearing hijabs in schools. In my considered opinion, the state government should halt the implementation of the Judgement on the issue. The role of the (online) media is everything but noble over the sensationalising of the robe-wearing students.

The state’s chapter of CAN must divest itself of the dangerous politics it is playing with education and religion. The state government should convey an inter-faith dialogue, which will include even the traditional religious worshipers in the state.

If the proposals above are accepted, then I think people will stop calling and using the name of God in vain.