Skye Bank announces changes on its Board and Executive Management. 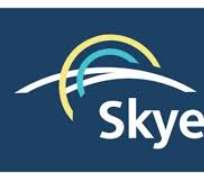 The former leadership of the Bank voluntarily resigned their positions in order to pave the way for a new team to further the new strategic direction of the Bank in the retail and commercial business space, having laid the foundations and set the necessary processes and structures. In this wise, the challenge of accelerating growth in the new strategic direction becomes more urgent and compelling, given the economic challenges in the global and domestic operating environment, and the attendant challenges.

The Bank thanked the former Board led by Dr. Tunde Ayeni, and the former Management team led by Mr. Timothy Oguntayo for their service, sacrifice and dedication to the institution.

The new Chairman of the Bank, Alhaji M.K. Ahmad in a statement earlier today, expressed optimism about the Bank, given its vast potentials and its strategic position in the economy. He stated that the Bank is well positioned to deepen the retail and commercial banking services in the economy, having put in place the critical building blocks to win in this sector. He stated that the immediate priorities of the Board and the new Management team is to quickly begin to leverage the huge investment in the enhanced branch network, technology and alternative channels to improve stakeholder value in a sustainable manner. He assured the shareholders, customers and depositors of the Bank of his commitment to preserve their investments and deposits, while further assuring that the support and backing of the CBN and other relevant stakeholders have been obtained in this respect.

Alhaji Muhammad K. Ahmad, OON, has about 35 years distinguished experience leading and working in various public sector organizations and financial services institutions in Nigeria. He was the pioneer Director General and Chief Executive Officer of the National Pension Commission and also a pioneer staff of the Nigeria Deposit Insurance Corporation and rose to become Director / Head of Department and member of the Interim Management Board. Mr. Ahmad has served on the boards of various corporate and not-for-profit organisations as well as presidential committees. He chaired the Technical Committee that produced the North East Transformation Strategy (NESTS), a medium term Regional Development Strategy, for the sustainable socio-economic transformation and reconstruction of the Region and currently supervises its implementation. Ahmad is also a member of the Presidential Committee for the North East Intervention (PCNI). Prior to his appointment, he was a Director on the Board of FBN Holdings PLC, where he brought his rich experience in the financial services industry to bear on the institution. He strongly promotes building institutions based on the highest corporate governance and ethical standards and would bring his extensive experience to bear on his role on the board of Skye Bank PLC as Chairman.

Ahmad has a Masters Diploma in Innovation and Strategy from University of Oxford and has also attended courses and programmes in various first-rate business and management schools, including Harvard Business School, IMD and INSEAD. A co-author of the book, “The Extent and Effectiveness of Bank Supervision in Nigeria”, Ahmad is married with children.

The new MD/CEO Mr Adetokunbo MukhailAbiru, is an alumnus of Harvard Business School (Advanced Management Program) and Lagos Business School (ExecutiveManagement Program). He holds a B.Sc(Economics) from Lagos State University and is a Fellow of The Institute of Chartered Accountants of Nigeria (ICAN) and an Honorary Executive Member of The Chartered Institute of Bankers of Nigeria (CIBN).

Tokunbo has had a distinguished career in banking spanning about 26 years, of which his early ten (10) years were spent in the formative years of Guaranty Trust Bank Plc. Thereafter, he spent about Fourteen (14) years with the premier and most valuable banking brand in Nigeria, First Bank of Nigeria Limited, where he functioned as Executive Director, Corporate Banking between 2013 and 2016.

Tokunbo was the Honorable Commissioner of Finance for Lagos State Government (2011-2013), the economic capital of Nigeria, during the dynamic and transformational leadership of Governor Babatunde R. Fashola (SAN).