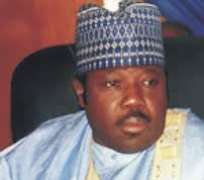 The Federal High Court sitting in Port Harcourt this morning declared the May 21 national convention of the Peoples Democratic Party (PDP) legal and that its decisions did not violate any known law or the constitution of the party.

Delivering judgment on a suit brought before him by the National Caretaker Committee of the PDP, the Presiding Judge, Justice Mohammed Liman, declared that the Port Harcourt national convention of the party was legally constituted and its decisions constitutional.

However, he dismissed all grounds of defence put up by former National Chairman of the party, Senator Modu Sheriff.