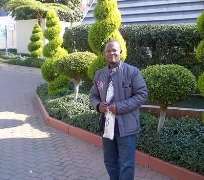 A former governorship candidate on the platform of the Action Congress of Nigeria (ACN) and aspirant in the 2016 governorship election under the All Progressive Congress (APC) in Bayelsa State, Prince Ebitimi Amgbare has applauded the Special Adviser to the President on Niger Delta/Coordinator of the Presidential Amnesty Programme, Brig-Gen. Paul Boroh (rtd) over the recent deployment of a seasoned journalist, Mr. Piriye Kiyaramo, in his office as liaison officer to cover activities of the Presidential Amnesty Programme in the Niger Delta region.

Prince Amgbare noted that Brig-Gen. Paul Boroh (rtd), has undertaken several pragmatic and people-oriented initiatives in reaching out to impacted communities across the Niger Delta region in his bid to bridge the gap between the Amnesty Office in Abuja and stakeholders in the region through effective communication channels such as the setting up of a 24-hours call-centre in his office and a free medical outreach programme in communities in the region, pointing out that the role of the media in peace building and conflict management was critical in resolving local resource based conflicts.

He said the local media usually have deeper understanding of existing issues that lead to conflicts as well as participants in any conflict, adding that the ability to make informed decisions strengthens democratic structures, as well as fosters economic growth in any post conflict environment.

According to the APC stalwart, the media has the potential of influencing society positively, with a view to nipping conflicts on the bud by addressing the issues early enough before they get out hands.

Prince Amgbare reiterated that “lack of proper channels of information dissemination channels at any stage of a conflict environment, might make people to become desperate, restless and easy to be manipulated”.

He said he has known Mr. Piriye Kiyaramo for over twenty years as a journalist, saying that the Special Adviser to the President on Niger Delta has made the right choice to bridge the communication gap between his office and stakeholders in the region.