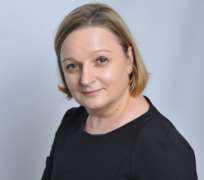 30 June 2016: Standard Bank has acted as Joint Lead Manager and Bookrunner on Banque Ouest Africaine de Développement’s (BOAD) inaugural Eurobond. The US$750 million 5 year issuance is BOAD’s debut Eurobond and matches in size the largest ever US$ Eurobond issue by any African financial institution.

The Bank has also worked on local currency bond issuances across Africa this year, including four from the Republic of Ghana (for Stanbic Bank Ghana), two issuances each from Bayport Financial Services in Ghana and Mozambique and the first Namibia dollar (“NAD”) denominated domestic bond issuance by the International Finance Corporation (IFC).

Megan McDonald, Global Head of Debt Primary Markets at Standard Bank, commented: “The success of these deals demonstrates that the market is open for Africa. It has been a volatile start to the year for markets and risk aversion to emerging markets, including Africa, has been high in recent month and spreads are now wider than in recent years. Despite this, we are still seeing interest from investors for quality credits from Africa.”

BOAD
The Eurobond was issued on 6 May 2016 with a yield of 5.75%. The notes were rated Baa1 and BBB by Moody’s and Fitch, respectively. The order book included leading European (45%), US (44%) and Asian (9%) investors, with other countries making up 2%. Fund managers and asset managers represented 80% of orders, withbanks and private banks comprising 11% and insurance, pension and sovereign wealth funds making up the remaining 9%.

The proceeds will be used for project financing and general corporate purposes.

The BOAD Eurobond is only the second Eurobond issuance in Africa in 2016 so far, following the US$1.25 billion Eurobond from South Africa in April. Standard Bank is the only bank to have worked on both transactions.

In an effort to improve price discovery, increase investor participation and improve transparency of the Treasury bond issuance process, the Ghanaian Ministry of Finance appointed Stanbic Bank Ghana as one of three Joint Bookrunners of longer dated Treasury Bonds (Treasury Bonds with a tenor of 3 years or longer) to be issued under a Note Program. To date, the issuances executed under the Program include the recent 5 year GHS811.1 million bond issued in June 2016. This followed the GHS746.4 million bond which launched in March 2016 and the 3 year GHS1.1 billion issuance in April 2016. In November 2015, the debut issuance under the Program was a 3 year bond for GHS516 million.

IFC NAMIB bond
The 5 year IFC NAMIB bond was the first bond by a non-resident issuer in the Namibian capital markets, raising NAD180 million for private sector development in the country. Standard Bank acted as Joint Lead Manager and Bookrunner.

Megan McDonald continues: “The demand we have seen for Eurobond issuance shows that international markets are open to Africa, but we are also continuing see appetite in local currencies. Africa’s local institutional investor base is growing and we expect the growth of local currency markets to continue in line with that over the coming years.”