My ex-husband married me only because I was pregnant – Actress, Iyabo Ojo 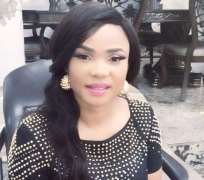 Divorced Yoruba star actress, Iyabo Ojo, has given her opinion on broken marriages even as she stressed that her failed marriage had nothing to do with her acting profession.

She added that there are various reasons people get married.

In a chat with Hip TV, the actress majorly known for her criminal roles said, 'If I had problems with my marriage, it had nothing to do with my acting profession.

'So I wasn't acting in those years that I was married. I was a full-time housewife and businesswoman. I actually chose to come back into acting because I had started having issues with my marriage and knew it wasn't making me happy.

'And I knew that wasn't the way I wanted to live my life. Yes, there are lots of problems in celebrity marriages; and the reason is that as celebrities, we live in our own world.

'We work hard a lot, moving from one location to the other; and usually when a female in the industry meets a male guy who just comes from the blues, he usually comes with a lot of loaded lies and sweeps some of these colleagues of mine off their feet.

'And they in turn are not patient enough to study these guys well enough, because 'society expects them to be married.' So people tend to marry for specific reasons, and as far as I am concerned, you mustn't be able to define the reason you love someone to the extent of marriage.

'They also discover that in reality, these ladies aren't as perfect as the screens project them and then the men cannot get used to the ego that comes with the profession and typically want to be the man and break those wings. And if the woman is such that wouldn't be tamed, then there is a crisis and a collision,' the 'Omo Gomina' actress added. - Daily Post.