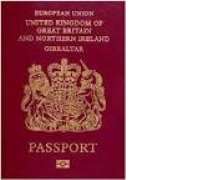 Akinterinwa, a professor of international affairs, on Friday siad that the negative impact of Britain's exit from the union would be bilaterally and multilaterally.

According to him, it is at the level of multilateral configuration that Nigeria may be slightly affected.

Akinterinwa said that Nigeria's economic relationship with the EU might also be affected with the development, explaining that it would jeopardise Economic Partnership Agreement (EPA) with the EU.

'With the withdrawal of the British from the EU, now the EPA will no longer apply to Nigeria within the framework of Nigeria's bilateral relationship with the British,' he said.

Politically, he stated that a weakened Europe would also affect Nigeria in terms of aid donation to the country.

'Politically, Brexit can bring about a weakened economy of Europe; it will be weakened in various respects because Britain accounts for about 15 per cent of EU's operational budget.

'This will create more burdens for countries like France and Germany, the two main countries carrying the financial burden of other member-states.

'With that relationship with the European Union, the other members will also be weakened.

'When it comes to insolvency, the amount of money given to Nigeria either as development grant or whatsoever, cannot but be reduced. So, these are some of the implications,' he said.

Akinterinwa added that Brexit could also affect Nigeria's and ECOWAS' relationship with the EU.

According to him, since Britain is not part of the Schengen Visa Regime, anyone going to Britain must apply for visa directly for Britain.

'Since the purpose for withdrawing from the EU is to emphasise British sovereignty, the British will now be in a better position to deal with international migrants in its context.

'There are three million migrants in the UK, while we talk about 1.2 million Britons living in the other parts of Europe.

'In this case, the issue of migration becomes an important matter on the strategic calculations of the government.

'It means that the immigrants are likely to cut a rough deal; they are not likely to be given the type of accommodation they currently have.

'The UK border will now be in a better position to control the inflow and outflow of tourists to the UK,' he explained.

Akinterinwa, however, said that with the Brexit already hurting the Pound Sterling and the Euro, it was positive for Nigeria.

'With the Brexit, the Pound Sterling has fallen as against the U.S. Dollar; the Euro too has also fallen.

'Investors, immediately, for fear of the unknown began to move their investments thinking of relocation and that immediately affected the value of the Pound and it began to fall.