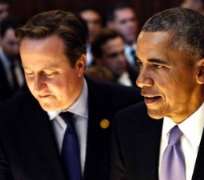 Britain has voted to leave the European Union in a referendum, with the result throwing into question the fate of the 28-nation bloc and Prime Minister David Cameron announcing he will step down by October. The official result which was announced on Friday saw a major victory for the Brexit campaign, which received 59.1 percent vote in Thursday's historic referendum.

Economic challenges facing nations has often led them to make some hard choices. German economic recession in the 1930s gave rise to Nazism. Italy made do with Facism in the face of rising unemployment and near economic collapse coming from the First World War. Spain produced Francisco Franco's dictatorship. Portugal fell to military incursion in 1974. Britain's entry into EU in 1973 in a dramatic way was seen as the Labour Government's desperation to have things to tell its supporters. Well, a conservative government will lead them out over 40 years after.

The rising profile of the United Kingdom Independence Party (UKIP) looks like the country may soon be facing the "Nationalistic" challenges. I won't be surprised to see English men displaying their xenophobic attitudes under the well-coordinated UKIP propaganda machine catching in on traditional British pride. The fact that Europe’s far-right parties hailed the UK’s vote to leave the European Union as a victory for their own anti-immigrant and anti-EU stance and vowed to push for similar referendums in their own countries attest to this point.

For instance, France’s Front National (FN) saw it as a clear boost for Marine Le Pen’s presidential bid next year and momentum for the party’s anti-Europe and anti-immigration line. The Dutch far-right and anti-immigration leader Geert Wilders called on Friday for a referendum on the Netherlands’ membership of the European Union. In Germany, Beatrix von Storch, an MEP for rightwing populist party Alternative für Deutschland, who was recently expelled from the Tories’ party group in the European Parliament over her “shooting refugees” comments, welcomed the result. UK referendum was proof the EU was “decaying”, saying that France had “a thousand more reasons to leave than the UK because we have the euro and Schengen [passport-free zone].” She had warned that the “strategy of terror” by pro-EU campaigners in the UK no longer worked. Are the lofty ideas of Globalization on the decline? Are we back to the era of “Nationalistic” parties in Europe?

With Brexit winning on Friday night, hopes of keeping the UK appears fading with the question of Scottish and Irish independence looking more feasible with Nicola Sturgeon former first minister (Scottish) looking certain he will call for a second Scottish independence referendum after the UK voted to leave the European Union. He is reported to have said the Brexit vote constituted a material change in Scotland’s position within the UK, telling BBC Radio Scotland: “This changes the whole context of Scottish independence.”

The decision of Britain to leave the EU is still being looked at and it is too early to predict the consequences of that choice. But politically, it is certain that things will not be the same again both in the larger European sphere and in British domestic politics.

Olalekan Waheed Adigun is a political risk analyst and independent political strategist for wide range of individuals, organisations and campaigns based in Lagos, Nigeria. Email: [email protected], adgor[email protected] Follow me on