$5.2bn fine: Why we reduced penalty for MTN – Minister 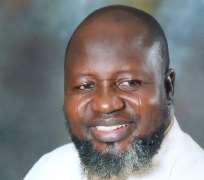 The Minister of Communications, Mr Adebayo Shittu, has disclosed that the $5.2billion fine slammed on telecommunication giant, MTN, was reduced to encourage foreign investments into the country.

Shittu disclosed this on Sunday in Ibadan at an award ceremony in honour of Chief Lekan Balogun, the Otun Olubadan of Ibadanland.

He said that the Federal Executive Council (FEC) decided to reduced the penalty against the telecommunications giant after realising the negative impact the burden could have on the nation, its people and the economy.

The Nigerian Communications Commission (NCC) had slammed a $5. 2 billion fine on MTN for violating the directive of the regulatory body in Nigeria.

The NCC had directed all telecom providers in the country to register subscribers and disconnect erring subscribers but which MTN could not meet.

MTN, having failed was fined $1,000 per each of its 5.2 million affected subscribers, totaling $5.2 billion.

He said that there were pressures on FEC from different quarters, which later agreed to reduce the fine imposed on MTN to N330 billion to be paid within a period of three years.

'As far as we are concerned, the MTN issue is a closed matter.

'Nigeria as a country must move on. We must not do anything to drive away foreign investors. Foreign investments are potent means of bringing about development and wealth creation,' he said.

Shittu said that the people must not forget that there were less than 500,000 telephone lines before the telecom operators came on board.

According to him, 'Nigeria now has more than 152 million lines and MTN is the dominant operator in the field. It controls almost 50 percent of the lines.

'Though, MTN violated the law and we had to penalise it. We must put a halt to the limitless crisis so that we don't discourage foreign investors.

'That is what the Federal Executive Council has done to ensure we move ahead. We know for instance, that MTN operates in 22 countries.

Shittu advised the telecoms operators against taking Nigeria and their customers for granted, warning that all infractions would be appropriately sanctioned.

'The operators owe a duty to Nigerians to continue to improve on their services. Nigerians have been paying through thick and thin to patronize them.

'To whom much is given, much is expected,' he said.