Stop The Invasion Of Our Towns By Customs Men, Group Pleads With FG, Ogun State 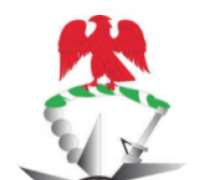 The Federal and the Ogun State governments have been implored to promptly check the incessant killings and attack of innocent citizens in some Nigeria’s border towns, particularly in Ogun State, by some men and officers of the Nigerian Customs and Excise in their alleged fight against smugglers.

The Concerned Yewa Youth Foundation, a pressure group, which decried the invasion of Oke-Odan, the headquarters of the Yewa South East Local Council in Ogun State, and which is about 10 kilometres from Idiroko, the border town between Nigeria and the Republic Benin, by some Customs officials, said the call became necessary following the recent killings of two promising youth of the town and the unceasing harassment of many other patriotic residents.

The group in a statement signed by its Chairman and Secretary, Akin Olukunle and ‘Niyi Saanu, in Abeokuta on Monday pleaded with the Comptroller-General of the NCE to call his men to order.

It lamented that “The Customs officials, without any sense of caution, sporadically enter our town and engage in indiscriminate shooting of whoever that is in sight. No fewer than 15 people have died and/or suffered serious injuries from the unwholesome act in the recent past. For instance, on May 1, 2016, two promising artisans, Odude Amos Adeleke, a panel beater; and Azeez Yekini, a motorcycle mechanic, were killed when some Customs officials launched an attack on the town.

“Some other people, including Segun Otukadejo, a secondary school leaver; Samson Daniel, a farmer; and three members of the same family, Mrs. Janet Odunlami (mother) and her two children Abiodun and Israel, sustained various degrees of injuries from stray bullet as the invading Customs officials indiscriminately shot at the residents.

The CYYF further stated that “Customs officials are also laying siege to our farms, making it absolutely difficult for most of our people, who are farmers and of long standing, to even go to their farms. “

It added, “We have on good record instances when some Customs officers waylaid our farmers, mostly elders, on or from their farms, advertently taking them as smugglers to possibly demonstrate their seeming efficiency before their superior officers. Many of the affected farmers have landed in hospitals at different occasions, and expectedly are indifferent to farming following their ugly experiences in the hands of the paramilitary officers.

“Invariably, many of our youths and prospective investors, who had earlier expressed interest in farming in our area, as the Federal and state governments are encouraging the diversification of the economy, are now disillusioned as a result of the state of insecurity of Oke-Odan and its environs following the menace of the smugglers and some NCE officials.”

The youth leaders also regretted that several frantic efforts made by some prominent indigenes of the state, including the Oloke-Odan of Oke-Odan, Oba Olurotimi Fagbenro, and other illustrious sons and daughters of Yewaland, to engage all the concerned parties in dialogue and end the invasion of Oke- Odan had not been fruitful.

The group emphasised that “Although we are not, in any way averse to measures that will safeguard our national economy, we strongly believe that the invasion of our town by Customs officers is appalling and unacceptable. And if these raids are not promptly checked, it may eventually lead to carnage, a replica of the recent Enugu killings. Oke-Odan and of course, Yewa people, in general are law-abiding citizens. We will not take the laws into our hands or do anything unconstitutional. But as we live and go about daily legal activities, we crave for our safety and security.

“While we will not harbour any illegal operator in our domain or condone any illicit affairs, which are at the detriment of the nation’s economy, we want to passionately plead with the Comptroller-General of the NCE to call his men to order. We also want appeal to the Federal Government, our state government and other concerned parties and authorities to urgently do everything humanly possible to redress the anomalies in the operations of the Customs officials as they check smugglers and their excesses. All we are after and yearning for are in the interest of peaceful co-existence and national development.

The group, however, expressed its gratitude to the Governor of Ogun State, Senator Ibikunle Amosun, and the members of the state’s House of Assembly for the recent creation of additional 37 local council development areas to the existing 20 local governments in the state.

It noted that “The latest effort by the state government is part of the noble contributions of the Amosun Administration towards the meaningful development of all the constituents of the state, as it brings the people closer to the government.

“We, the people of Oke-Odan are more elated by this wonderful gesture, as the over two-century town is privileged to take its rightful place as the headquarters of the Yewa South East Local Council in the new arrangement. It is our hope that the new LCDA will assist the area, traditionally known for farming, in rediscovering its potential and propel outstanding growth in all facets of life, particularly in employment generation for our teeming youths and infrastructural development, among others.”