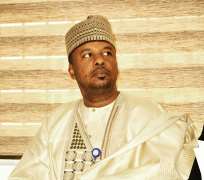 Kano is the most populous state in Nigeria. By this standing, it is obvious that the state’s feeding bill is a fat one. Most of these food items are imported despite the state having all the potentials needed to grow enough food for self-sustenance and even export it.

But Kano had a reputation for being a food basket and a big centre for growing commercial crops; cotton, groundnut, onion, name it. In this, Kano is a metaphor for Nigeria: huge potentials to have agriculture as the mainstay of our economy and the paradox of relaying on importation while feasting on handouts.

It is this narrative and reality that the administration of Governor Abdullahi Umar Ganduje sets out to change since its coming in May last year. With this vast land from Doguwa in the extreme south to Dambatta and Makoda on the borders with Daura in Katsina, and the breadth of the state from Gwarzo to Ajingi, Kano is blessed with arable land dotted with natural running waters and earth dams. While our farmers in the rural areas have always hold on to the oldest trade, it has largely remained a peasant affair. Why?

Not much seriousness is given to harnessing this goldmine aside the great foundations of the early regimes, including the development of the various dams across the states. The flourishing dry season farming from Thomas to Tiga and Watari low lands depreciated with time on account of lack of maintenance of the upstream and downstream slopes.

Over the years, “developing agriculture” was reduced to the much politicised sale of subsidized fertilizer to farmers, which is nothing more than lip service It got to a head that the state-owned fertilizer blending company, KASCO, that was even selling to neighbouring states was bizarrely folded up.

It is this, the task of reviving this once important sector of Kano’s economy that the Ganduje administration presently pursues with all seriousness. It is an initiative that comes at the nick of time considering the need for Nigeria, and indeed individual states, to look inwards and harness alternative sources of funding fiscal obligations.

In Ganduje’s agricultural revival masterplan, the target is making Kano a focal point in production of essential commercial crops from tomato to groundnut, cotton, wheat and rice. Another area of interest in this all-encompassing agricultural programme is animal husbandry and poultry.

The focus is on improving the agricultural value chain, enlisting young people with modern training, and introducing devices and implements that would make the trade not only attractive but also profitable.

Within the past year alone, and in spite of limited income, the Kano state government has expended over N5.3 billion on various areas in the agricultural value chain aimed at turning around the sector. Nothing points to the seriousness the government attaches to this revolution more than this huge expenditure in a time of declining government receipts.

In terms of capacity building, the state government has paid significant attention to value addition through new ideas. It is for this that both workers and farmers have continued to benefit from various training programmes. Sixty young people from Kano State were sponsored for Artificial Insemination training in Ankara, Turkey as part of the programme of improving animal husbandry. The benefit of this is already being reaped.

To improve access to fertilizer, the state government under Governor Ganduje has rejuvenated the Kano State Agricultural Supply Company (KASCO), which has since resumed production. The moribund Kano Agricultural Research Development Agency (KNARDA) has also been revamped with the injection of 742 extension workers recently employed. The extension workers have also been provided with motorcycles worth N118 million to aid them in reaching out to farmers in all nooks and crannies of the state.

Apart from the reinforcement of extension services, the farmers themselves have had their knowledge improved through direct training. In this exercise, 600 farmers have been trained on control of mycotoxins in maize, rice mid-season activities, milk processing and hygiene. In the same vein, close to 2,000 others have received training on modern agricultural practices along sorghum, rice and tomato value chain.

In general support for farmers from the peasant to large scale farmers has plummeted considerably all with the aim of encouraging those involved in the trade and boosting the state’s earnings and revenue from farming. Apart from the routine fertilizer procurement and distribution, which this way was scaled up to 14,520 tones, the government has also drilled 1,000 tube wells and distributed 5,000 irrigation water pumps.

In an attempt to curtail the huge bills Nigeria incurs in wheat importation, Kano State is giving special attention to wheat production of which the federal government is well pleased, according to the minister of agriculture who visited some of the sites at Alkamawa in Bunkure local government. Under the wheat scheme, the state government has voted over N700 million in guarantee to farmers for the supply of farm inputs. N100 million has also been given out in soft loans for the procurement of improved seeds, among others.

Infrastructure being vital to improving agricultural value chain, the Ganduje administration has within this past one year constructed 17.8 kilometres of rural roads in four locations of Madobi local government with a special purpose of making movement to farms and markets easier.

Aside the wheat production programme, presently, the state government is executing two other joint projects. First, the Fadama III project in conjunction with World Bank (with a total of 3800 beneficiaries) and Commercial Agricultural Development Project, also in conjunction with the World Bank.

With this strategic and very serious investments in agricultural sector of the economy under the close supervision of Governor Ganduje and his able agriculture commissioner, Hon. Nasiru Gawuna, it is only a matter of time before Kano state rediscover wealth, hidden in the farms and become the food basket of the nation.