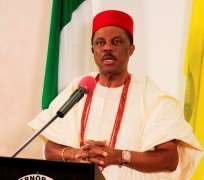 The Governor of Anambra State, Chief Willie Obiano has won the 2015 Zik Prize for Leadership. Governor Obiano is first in a list of three governors which includes Seriake Dickson of Bayelsa State and Ibikunle Amosun who also emerged winners in the Good Governance category of the Prize.

Interestingly, while Obiano is being honoured for two years of sterling performance, his co-winners are both well into their second terms in office having served their first terms of four years each.

The Prize which is administered by Lagos-based Public Policy Research and Analysis Centre (PPRAC) will be handed to the winners in a colourful ceremony being planned for Sunday, June 19, 2016 in Lagos.

In a personal Letter dated June, 6, 2016 conveying the offer of the Prize to Governor Obiano, the Chairman of PPRAC, Prof. Jubril Aminu, the Centre expressed optimism that the governor would attend the Prize-giving ceremony which will hold at the Civic Centre in person to receive the honour.

The Prize is the second major honour that Governor Obiano who has been largely rated as a visionary leader would be receiving with a spate of five months having been crowned The Sun Governor of the Year in February this year.

Since he assumed office on March 17, 2014, Governor Obiano has assiduously worked his way into the consciousness of Nigerians with an impressive performance that has stirred hopes for the likely emergence of a new generation of leaders that might eventually steer Nigeria to prosperity and progress.