Finally, the media finally figure out how to handle Donald Trump 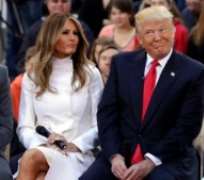 Do nald Trump 's free ride on your television screen is coming to an end. In the Republican primary campaign, Trump profited from his undeniable entertainment value, grabbing hours of TV time with speeches, news conferences and interviews. To be honest, it was hard not to watch.

“His speeches are fascinating for a simple reason: You never know what he's going to say,” confessed Katharine Hall Jamieson, a normally sober communications scholar at the Annenberg Public Policy Center. Television networks, locked in competition for viewers, felt powerless to resist.

“It may not be good for America, but it's good for CBS,” network CEO Les Moonves said all too memorably. Trump didn't get a pass on every occasion. CNN's Jake Tapper has been tough on him for months; Fox News' Chris Wallace tried to police his whoppers, too. But some interviewers allowed the candidate's most outlandish assertions to float by without challenge. Networks often allowed him to phone in, a privilege granted few other mortals.

Since he has all but secured the nomination, though, Trump has encountered tougher treatment.

A news conference about his contributions to veterans' organizations (most of which arrived only after the Washington Post asked) turned into a shouting match, with Trump calling reporters “sleazy.” His attacks on a Mexican American judge overseeing lawsuits against the defunct Trump University have earned him weeks of tough coverage.

Television interviewers, instead of allowing the candidate to skitter from one subject to another, are now pressing him more relentlessly. On June 5  on CBS' “Face the Nation,” John Dickerson asked Trump five times to explain his claim that he opposed the 2010 U.S. intervention in Libya (in fact, he supported it). “I was for doing something,” Trump admitted weakly, “but it wasn't what you have right now.” On CNN's “State of the Union,” Tapper pressed Trump 23 times to explain his objection to Judge Gonzalo Curiel.  “He's of Mexican heritage,” Trump finally said. “I think that's why he's doing it.” (“He's not from Mexico, he's from Indiana,” Tapper noted.)

One word in Trump's defense: At least he's been accessible. He's given far more time to interviewers — both broadcast and print — than Hillary Clinton.

And in its regular news programs, CNN instituted an overdue practice: correcting falsehoods in the “chyron,” the text on the bottom of the screen. “Trump: I never said Japan should have nukes (he did),” the pioneering chyron said.

It seems reporters have belatedly figured out how to handle Trump's manic style in a way they didn't initially grasp.

The real estate promoter dominated early interviews simply by changing the subject whenever he got a question he didn't like. Pinning Trump down is like “trying to grab passing fish with your bare hands,” David Rennie of the Economist wrote after one frustrating encounter.

Jamieson, who has studied media behavior for decades, expressed sympathy for hapless journalists.

“When the candidate's style is a Joycean stream of consciousness, a reporter has trouble finding an anchor point to stop and interrogate him,” she told me. “But by now, they've begun to figure him out. They've worked out strategies to hold him accountable. They're now deciding: I'm going to get an answer to one important question, no matter how long it takes.”

The business incentives have changed, too. In the primary campaign, when Trump was a novelty, landing a five-minute telephone interview was what producers call “a good get.” No longer; his free-association schtick is getting old. Several networks no longer allow him to phone in; now, he has to go on camera like anyone else. And hosts like Tapper and Dickerson have been willing to employ what one television journalist called “ridiculous persistence.”

“If you think of a broadcast interview as a form of entertainment, the dramatic structure has changed,” Jamieson said.

“What made Trump most valuable at first was sheer novelty and unpredictability. Now you're watching a different drama: Can you hold Trump accountable? The entertainment value is still there, but it's different.”

Good journalism, it turns out, can also be good business.

A word in Trump's defense: At least he's been accessible. He's given far more time to interviewers – both broadcast and print – than Hillary Clinton , the presumptive Democratic nominee. Clinton's last full-scale news conference was more than six months ago. Trump has held perhaps a dozen news conferences since then. According to USA Today, Clinton has appeared on Sunday morning interview shows 25 times since the campaign began; Trump has appeared 75 times during the same period.

Last week, after she secured the nomination, Clinton did grant a series of interviews, including a tough one with Fox News' Bret Baier. But she carefully kept them short — just eight minutes in Baier's case.

As the journalistic heat turns up, Trump may be tempted to reduce his exposure to tough questions by adopting Clinton's strategy of maximum control.

That would be a shame. Better for him to challenge Clinton to a series of dueling news conferences or interviews, each devoted to a single subject in depth. We'll be better off if the candidates compete to provide more answers, not fewer.

Trump is finally getting the scrutiny he deserved all along. Is he big enough to take it?