All artistes have skeletons in their cupboards — Jaywon 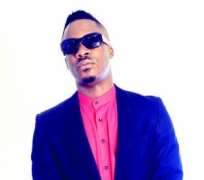 From living in the street, James Oluwajuwonlo Edahi, popularly known as Jaywon, broke into the music industry with the hit song 'File Be' and since then, has remained relevant in the industry.

After a rather tumultuous departure from Kennis Music, the new self-acclaimed 'king of music' charted a new way to go with a record label of his own ''Next World Music''. How far he has gone after Kennis Music, and how he has survived all life has thrown at him, Jaywon tells it all in this interview:

What has been happening to Jaywon?
I have been doing a lot of work but I have just dropped a new album titled Oba Orin  in April. And the album has been doing well in the market.

Why the name 'Oba Orin' (king of music)?
That is a million dollar question. The title  Oba Orin  does not connote I am giving myself a title and being proud of it. In fact, many of my fans now address me as  Oba Orin, (King of music) on the social media. We were deliberating on other titles but the marketer felt  Oba Orin was cool. Oba Orin is a 21-track album, 2 skits with an intro. The album features the biggest voices in the industry like Olamide, Reekado Banks, Tiwa Savage,  Oritsefemi, 9ice, Reminisce and the rest.

You now have a label of your own, how many artistes have you signed on?

I have always believed in discovering new talents and that is what my record label will be known for and not just signing artistes. I have discovered more producers in the industry than anybody. I will be supporting and grooming some artistes and ensure they become a force people will reckon with in the industry.

Talking about grooming new talents, how do you intend to teach artistes the rudiments of music?

I have a studio where my artistes will be tutored. I will see them getting to perform on different platforms. Also, I will work on networking and doing a lot of publicity of their activities. They will also perform with me . I have done all these for a lot of artistes in the past. Basically, I have two artistes signed under me.

Things you look out for in an artist?
Talent. And we have many talents in Nigeria. Behavioural attitudes too.

How have you been able to stand out in most of what you do?

I think the love for what I do has been able to put me up there. Some people don't know that I am one of the most travelled artists in Nigeria. I love what I do, I love my job. My job is not just like a profession or business. I love making music. It's passion.

''This year'' is so big that I doubt one would be able to make such a hit song again. I never envisaged that the song would do very well. I didn't go into the studio and said, I want to make a song that would sound like this. I went there to record what came to my mind. I mean just doing it as the inspiration came.

How do you get inspiration for your songs?
I think and meditate a lot.
Aside music, do you do other things?
Right now, music has been putting food on my table and providing for my family.

How do you relax?
For a while now, my life has been really hard that I don't do things just because I want to do them. I just create time out of no time to rest. Sometimes, I go to the studio and listen to some of the songs I have produced. I play table tennis too. I have been really busy.

Your crush among the female artistes?
I'm actually crushing on Niniola. She is very good, talented, and beautiful. She is just perfect.

Are you still with Kennis Music?
No, I am no longer with Kennis Music .
Your experience at Kennis Music?
Everything I know today was from Kennis music. No matter what happens, I will always acknowledge Kennis Music. It is only a stupid person that goes about rubbishing his former employer. Kennis Music is the best thing that has ever happened to me. What happened between us only happened because we were close. We were business partners and some things would naturally happen.

If you have the opportunity to go back to Kennis Music would you?

For sure, I would want to go back but with a different arrangement and understanding . Many things have changed, you know. This is not the same type of industry we had back then . So, in order to remain relevant in today's industry, one has to follow the trend very well.

Has Jaywon ever delved into movie making?
Of course yes, I will be one of the cast in the next Super Story. I featured veteran actors and actresses in one of my videos, 'Back to sender''. I am an entertainer.

These days, we see young artiste featuring King Sunny Ade, Pasuma, Obesere, and the rest. But we are yet to see anyone feature Salawa Abeni. Is this because the Waka music is totally dead or what?

It is far from it. For somebody like me, I have done some projects with Obesere and that is because I have access to him. My point is that most of the young artistes don't have access to the older artistes.

Your take on musicians having Baby mamas?
I have actually said a lot about this. I don't really see it as bad or as a problem. My only fear is people should take responsibility for their children. In fact, I think we should have a law that will see anyone who does not take care of his or her child sent to jail. If any one has ten baby mamas and can afford to take care of them, then it is nobody's problem. I don't care if you have 10 baby mamas but take care of the children you bring into this world. That's what matters. Is it being married for a few months and separating that is good?

Artistes beef each other, is this good for the industry?

Beefing comes as a result of two persons who wrong each other and I think it's allowed. But these days, we make too much noise about it. Some of us also see it as an avenue to be in the papers. I don't want to be in the papers for such things.

Managing controversies?
I don't want to be controversial. Whether we like it or not, we all have some skeletons in our cupboard. Some artistes have done some bad things to me in the past. Some will even remix my songs without acknowledging me. I ignore so many things. Intellectual properties are not respected in this part of the world.

Any plans to have a foundation?
I follow my instincts to do so many things. If my instincts tell me to give out 20% of my income, so be it. I intend to do more on my birthday.

Should your fans expect something new from you before the end of the year?

Sure, we have many things to unveil this year.
What would Jaywon like to be remembered for?

I want to be known as the best artiste in Africa.
Like winning a Grammy Award?
It is every artiste's dream to win a Grammy.
The craziest thing a female fan has done to you?

It happened in Dublin where a female fan wanted an autograph on her breast and recently another lady wanted a deep kiss from me.

Did you oblige to their request?
I gave her a peck instead. - Culled from Vanguard.