BBC Africa marks the 40th Anniversary of The Soweto uprising 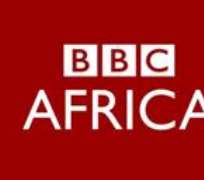 BBC Africa will bring audiences across the world special programming this week, marking the 40th anniversary of the June 16 Soweto uprisings . The protests by thousands of students and the police response had a profound impact on the social and political landscape in South Africa. Dedicated programming will include a live debate from Soweto and special broadcasts of Focus on Africa on Radio (BBC World Service) and TV (the BBC World News channel) as well as features on BBCAfrica.com and coverage across all of the BBC’s African language services.

The June edition of BBC Africa Debate – the flagship current affairs discussion programme on BBC World Service radio – will be broadcast live from Soweto on 15 June at 1500GMT . Presenters Audrey Brown and Busisiwe Gumede will be joined by an invited audience and a distinguished panel including figures who were directly affected by and involved in the Soweto uprisings. We will ask: can youth protests bring about lasting change?

The Soweto events triggered long and often violent confrontations across South Africa – which in turn played a key part in the demise of apartheid. One image, a the photograph of 13-year-old Hector Pieterson being carried away after being shot dead by police, remains an enduring symbol of the Soweto uprising and a reminder of the sacrifice that school children made towards ending the apartheid regime.

Now, 22 years since South Africa ended apartheid, young people undoubtedly still play a major role in shaping society. BBC Africa debate will discuss whether it is harder for them to make their voices heard and if young South Africans can learn from youth movements in other countries.

With 200 million people aged 15 to 24, Africa has the most youthful population in the world according to a study by the Africa Development Bank. In the past few years across the continent of Africa, young people have played a key part in movements that changed governments, for example Tunisia, Senegal and Burkina Faso, so can youth protests bring about lasting change?

The programme will be heard live on the BBC World Service on Wed 15 June at 1500GMT and online at bbcafrica.com , listeners from around the continent can also join in with the discussion by using the hashtag #BBCAfricaDebate on social media.

On Thurs 16 June , the BBC’s Focus on Africa, on TV and Radio, will include a look at what the Soweto protests achieved, including insight from participants themselves. The team will also explore the issue of youth discontent.