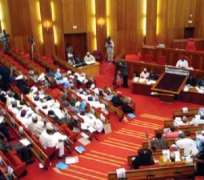 A Bill seeking to reduce the age qualifications for interested candidates to contest for the positions of President, governor and senate in the country to 30 years yesterday passed second reading in the House of Representatives.

The bill, which also makes provision for independent candidacy into the country's electoral process, further reduces the age qualifications to contest for the House of Representatives and State Houses of Assembly to 25 years.

The Bill is an alteration of section 65, 106, 131 and 177 of the 1999 constitution which had prescribed qualification into the office of President to 40 years and above, office of governors and senate, 35 years and above as well as House of Representatives and state Houses of Assembly to 25 years and above.

In his lead debate, the sponsor of the bill, Tony Chinedu Nwulu representing Oshodi-Isolo 11 Federal Constituency of Lagos State, on platform of Peoples Democratic Party, PDP, noted that electing candidates into public offices was an important aspect of democratic practices.

He stated: 'Countries like the United Kingdom parliament decided in 2006 to lower their age of candidacy from 21 to 18, which had existed since the Parliamentary Elections Act 1695. An age candidacy of 25 would encourage greater youth participation in politics.'

Nwulu stated that many countries world wide had called for a reduction in age qualification into elected offices, adding that the bill was a demonstration of the growing desire and demand of youths to participate in the democratic process.

According to him, 'this desire itself could be viewed as a sufficient warrant for young people to participate, demonstrate a willingness to engage and fulfill the burdens of office.'

He said: 'It is pertinent now to amend the constitution to make room for independent candidates to widen the democratic processes in our elections, and above all to encourage our young ones to fully participate in all elective offices.'