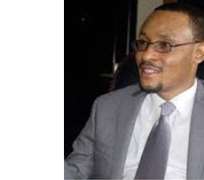 As the trial of Senate President Bukola Saraki on asset declaration charges continues at the Code of Conduct Tribunal, CCT, the chairman of the tribunal, Mr. Danladi Umar has advocated for the return of Decree Number 2 to curb alleged excesses of journalists in the country.

This as the chairman, also at the sitting, threatened that the Senate president would face the 'full consequence' of the charges of false declaration of assets brought against him by the federal government in spite of the alleged delay of his trial.

Speaking at the end of yesterday's proceedings, Umar, who could not hide his disdain for journalists, said that 'journalists should be punished 'for publishing falsehood,' which he claimed was 'a criminal offence.'

Umar said that his position was informed by last week publication in some newspapers to the effect that the tribunal had adjourned the trial of the Senate president sine-die (indefinitely).

Apparently angered by the publication, the CCT chairman accused journalists of practising irresponsible journalism that is in bad taste for him and his tribunal.

He said, 'If I have my way I would bring back the Decree 2 of the olden days to take care of the irresponsible journalists in this country.

'How can they dare to publish that we have adjourned the trial of this defendant (Saraki) indefinitely? It is the highest point of irresponsible journalism; but I thank God for them that we are in a democratic era and that is why they are doing what they are doing now.

'They are embarking on sensational journalism to sell their newspapers at the expense of truth; but that is not journalism but a serious crime that can lead them to jail.'

Recall that during the military administration of General Muhammadu Buhari, Decree Number 2 gave the chief of ataff at Supreme Headquarters the power to detain journalists considered a security risk for up to six months without trial.

However, responding to the remark of the CCT boss, the lead counsel to Saraki Chief Godwin Kanu Agabi SAN announced that he admired journalists a lot because of their contributions to the enthronement of democracy in this country.

Agabi told the CCT chairman that what Nigeria needed now was peace and not Decree 2, and urged that all Nigerians should pray for peace rather than anything that could disturb the peace of the nation.

Meanwhile, the CCT, chairman, Mr. Umar said at the hearing yesterday threatened that Senate President Saraki would face the full consequences of charges of false assets declaration brought against him by the federal government in spite of the alleged tactics employed to delay his trial.

The tribunal chairman, reacting to an alleged delay tactics levelled by the prosecution counsel, Mr. Rotimi Jacobs (SAN), against Saraki's lawyer, said that the consequences of the trial and the charges would in no way be reduced on the accused person by his tribunal.

Umar, who spoke as the defence counsel, Mr. Paul Usoro (SAN), was about to begin cross-examination of the prosecution witness, Mr. Micheal Wetka, said that he had taken note of the delay tactics being employed by Saraki's lawyers and warned that the tactics would not in any way affect the consequences of the trial of the defendant.

'I am not happy at the delay tactics by the defence counsel. And I must say this thing out that this delay tactics will not reduce the consequences the defendant will meet from this tribunal at the end of the trial.'

However, the lead defence counsel, Mr. Kanu Agabi (SAN) who was taken aback by the remark of the CCT chairman, got up and asked the chairman what he meant by the consequences of the tribunal.

Agabi told the tribunal chairman that he and his client were worried over 'assumed prejudices.'

The former Attorney General of the Federation, AGF, cautioned the tribunal against influence from opposition and enemies, adding that the defence team was against 'assumed prejudices' as it was against justice.

'As the tribunal chairman, we love you; we respect you, but we are afraid of consequences, especially as just stated by this tribunal this morning. Our fears have been reinforced, but we pray against consequences that are against natural justice.'

Apparently overwhelmed by the spontaneous reaction of lawyers to his remarks, the chairman then said nobody would be prejudiced.

Later under cross-examination by Usoro, the EFCC crown witness, Mr. Wetkas told the tribunal that Saraki was never investigated by EFCC on the ownership of two properties in Abuja, which he allegedly failed to declare in his assets declaration form.

The witness said that their assumption that Saraki was the owner of the properties - Plots 2482 and 2481, Maitaima, Abuja, was based on information obtained from the managing director of Carlisle Properties Ltd whose name he could not remember.

When the Certificate of Incorporation of Carlisle issued by Corporate Affairs Commission, CAC, was shown to him and he was asked to read it out, the witness admitted that the two properties belonged to a registered company (Carlisle) and that they were acquired in 1993, 10 years before Saraki became the governor of Kwara State.

He also admitted that the name of the defendant was not mentioned in the acquisition documents executed by one Alhaji Attahiru Adamu and Carlisle Properties who are the sellers and buyers of the said property.

Answering a question, the witness said 'my duty as an EFCC operative is to look for economic and financial crimes and not to investigate asset declaration matters,' said Wetkas.

Meanwhile, further cross-examination of the witness has been adjourned till 15 June. - Nigerian Pilot.