INSULTED BY UNGODLINESS (Part One) 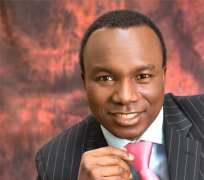 People who are insulted by ungodliness are those who eventually change their nations. These are the people that make a difference in their world. Somehow God has a way of using insults to build something constructive. God has a way of having his own way with our anger.

MalalaYousafzai would not sit down and watch how the Pakistani radical Muslimsdeprived girls the right to formal education. For years, the Taliban blew up schools, where girls studied almost on a daily basis.

Despite her tender age, Malala would not compromise with her conscience. She started her campaign against the almighty Taliban at the age of 11. She was frustrated and converted it into action. She started a movement whereby she began to speak for the rights of girls to go to school.

When the Taliban announced that from the 15th of January 2009, no girl would be allowed to go to school in her Swat Valley part of Pakistan, she got so irritated and angry that she defied the ban and boldly declared “they cannot stop me…our challenge to the world around us is: save our school, save our Pakistan, save our Swat.”

The force of Malala’s passion was just too much for the might of the Taliban. Her defiance, her doggedness and her persistence made them to organize an attempt on her life in the year 2012. Luckily for her she survived. Today the example of Malala has become a wonderful story of inspiration to people worldwide, of how we should never be indifferent to the wrongs in our society.

To some extent it’s almost blasphemous to think that insult, anger and irritation could be a positive force. Yet, history has taught us that the different sentiments, feelings and reactions we sometimes have could be used to achieve the best results. Our passion, even our insult could be turned into a blessing. Our anger could become a force of deliverance. In most cases, people who don’t feel insulted by the ungodliness and injustice around them do not mostly do something about them.

It is those people who feel insulted and angered by the injustices around, that eventually end up doing something about them. Those people who don’t feel that kind of sentiment, insult and anger become complacent, indifferent and sometimes aloof from the realities of their days.

William Wilberforce was an English politician and philanthropist, who led the movement for the abolishment of slave trade. This brilliant biography of Wilberforce would not have come to being if not for the anger and frustration he experienced towards the act of trade of human beings by other men. He eventually became one ofthe English leading abolitionists.

Wilberforce did not just live in emotional frustrations. Yes, he was often frustrated by his anger and emotions. He however, did something more than just cry and weep about the plight of the slaves. He started a Parliamentary campaign against slavery that became his lifelong mission. Thanks to his 20 year fight in the parliament, the slave trade act of 1807 was eventually passed in the English Parliament.

Wilberforce was indeed a man of passion. He was often insulted by all the vices in the English society. As a matter of fact he started a Society for the Suppression of Vice. His passion went to the extent of starting another Society for the prevention of animal cruelty.

Wilberforce had the kingdom mindset. He addressed and challenged everything that was wrong in his days. Whenever he saw something that frustrated him, he responded not just with emotions and sentiments, but with systems, organized structures and organized plans.

Wilberforce was so dedicated to changing the negatives in society to positives that he suffered greatly in his health. He sacrificed everything he had for the betterment of the world he lived in. Even though he lost his life in the process, he accomplished one of men’s greatest feats. He changed his world. Others who never gave themselves out for the plight of their society also died, only they changed nothing.

God however had mercy on Wilberforce, even though he was no longer in the Parliament when the act for the abolition of slavery was passed, he lived to see it. Three days after this victory he went home to be with the lord.

Ladies and gentlemen, what are you doing with your frustrations? Will you just whine, complain and grumble, bringing yourself into emotional distress as a result? Or you will actually turn your passion into a force of change? Wilberforce stands as a colossal example for all of us to learn from.

“So many people live within unhappy circumstances and yet will not take the initiative to change their situation because they are conditioned to a life of security, conformity, and conservatism, all of which may appear to give one peace of mind, but in reality nothing is more dangerous to the adventurous spirit within a man than a secure future. The very basic core of a man’s living spirit is his passion for adventure. The joy of life comes from our encounters with new experiences, and hence there is no greater joy than to have an endlessly changing horizon, for each day to have a new and different sun.” ― Jon Krakauer

In the Bible, we also see a compelling story of how God uses our sentiments to his own glory. Even though Moses grew up in the palace of Pharaoh, he knew who he was. He could sense that the treatment of the Hebrews by the Egyptians was unfair and that irritated him. He was so angered that he eventually killed one of the abusive Egyptians.

Killed? Wow! That must be a very strong sentiment right there. I don’t think too many of us are as passionate and emotional as Moses was. Will God ever use him after that? Well He did. God saw that Passion, the zeal in Moses and decided to redirect it for a constructive result. Even though Moses blew it by killing that man, his passion could be denied. What a manifestation of wisdom from God that he would actually forgive him and redirect his passion in the right direction.

“Being good is commendable, but only when it is combined with doing good is it useful.” – Anonymous