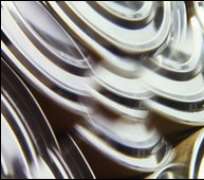 Norwegian aluminium producer Norsk Hydro has agreed to buy a majority stake in the aluminium operations of Brazilian miner Vale.

The Norwegian firm said the deal would improve competitiveness by securing access to bauxite and alumina.

About 3,600 Vale employees will be transferred to Norsk, which already employs 19,000 people in 40 countries.

As part of the deal, Norsk will buy Vale's 60% stake in the world's third-biggest bauxite mine, Paragominas, Brazil.