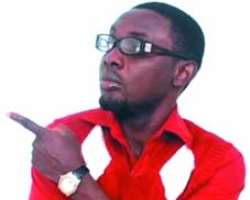 AY
Ayo Makun, popularly known as AY is one of the finest comedians of our time. The multiple award winning stand-up comedian shares with Sunday Sun how he has been able to establish himself in a highly competitive industry.

What have you been up to lately?
Lately? It is rest .I just finished a major show and it was awesome and everything was good. Right now I am thinking of going on a vacation and come back and face other projects. You may wish to know that AY show is a brand now and we are taking it to other states as the public demands . Apart from that, when I come back from my vacation we need to start up a new project … a sitcom called Ay Scribe.

How have you been able to cope with the stiff competition?

The comedy business is getting bigger and better. It puts food on the table and we thank God. But when you talk about competition, I really don't know about competition, I must confess. Anytime I even want to assume that I am involved in any form of competition. Let me say at that point I find myself competing with myself. It's like I am saying AY you have gotten to this level, now it is time to compete with myself at the next level so that anything I do would be better. Generally I can say that the competition has been within myself.

Your take on the copyright law…?
The people you see on television are advocating for rights in terms of their materials, jokes and what have you. It is a good way to solidify the industry. It is a good way for rewarding creative people. People who are able to come out with quality jokes. I think I am going to support such mission because at the moment, there have been cases where people use other people's jokes and material. But so far so good nobody can walk up to me and say we can trace so and so person's jokes to you.

A Governing Council for comedians?
We have always loved to have one but it has not been working for ages. Long before now, the likes of Alli Baba who happens to be like a father figure to everyone of us in the industry had called for something like this to come on board and a lot of people did not pay attention probably because the feeling then was that you are doing your thing, I am doing my thing. But right now a lot of people are getting sensitive with the situation of things, about how their jokes are being used and about how the audience is beginning to perceive comedians.

Now they are beginning to understand the need for us to come together. As a matter of fact, I got an SMS informing me about a meeting where comedians have to come together and think of ways to move the industry forward.

Any challenges?
Like I said to you before now, my genre of comedy is something I designed to do on my own. It's not been easy because there are times you have prepared for a particular show and you go there and you see a mixed audience. You need to prepare. If you are working for doctors for instance you need to be medically inclined and be informed.

You don't just go there and do jokes but you need to challenge yourself, you need to learn their language and share their school of thought. So it is sometimes challenging when you are trying to put all these things together. You know comedians are like social commentators and it is always necessary for you able to run your commentaries on things happening around you.

What was your first stage performance like?
I will give it to made in Warri, because that was where I started. RMD was putting up his made in Warri together and because I was a part of the planning , I got a sort of compensation. Since I was not a comedian but a Warri boy I was made the MC of the event. So from anchoring the event I decided to play a smart one by way of bringing in one or two jokes.

The jokes were able to stir up an apathetic audience and as a result of that recognition came. But that was not the peak then. I think the big break came when Alli Baba took me to Abuja. Then from back stage someone told him that he saw AY doing some things. Then he told me, you are going to do this on Opa Williams's stage.

That was where I got the opportunity to come out. Lo and behold I got everyone cracking. It was so good that the organizer of the show, Opa Williams, was so impressed that he gave me some money because I wasn't on his bill. Then I started getting involved in most of his shows and that gave birth to the AY brand.

How come you spent nine years in school?
I spent nine years on campus and that wasn't a good story. But I was suffering for something some people in the school decided to punish me for because I didn't place my priority right but I didn't give up. I said to myself that no matter what , I was going to grab my degree. It wasn't that I was failing but everything was intact and it has nothing with cultism.

I started off with music at Delta State University. I put in for Mass Communication but when JAMB printed the result, you know Niger , we really didn't know how M for Mass Communication became M for music. But I wasn't really happy staying in that department. And I stayed in that department for four years. It was in my fourth year that I decided to go and write JAMB again.

A lot of people were like '…is he okay..', and then I went in for Theatre Arts. So when I was doing theater arts, I had this pretty girlfriend then and some people were picking on her that she should sleep with them. But I would walk straight to their office and say things to them. Without even being attached to any confraternity and I would tell them no, you can't have your way and that got me into a lot of trouble. Suddenly things around me started missing; like my course registration form and all that. I was getting all sorts of punishment until God used a new Dean of Arts, Professor Okala liberated me.

How do you handle a difficult audience?
Every one knows the situation we are going through in the country at present, but it is either we talk about it or we just stay away from it. But it is better when you hit the reality that is affecting them. That is why we see some comedians that would confront them with the mic and say we are not the cause of your problem.

We are only trying to help. You know the only way many people can console themselves as our research have confirmed, is to go for comedy shows. For we comedians, when they are not happy with what is happening at Aso rock, or what they face in traffic or the erratic electricity supply, they rely on us. They want us to talk about it and those who are immune to jokes can't help it when we hit the nail on the head.

Is there any thing like a bad joke?
Yes, there are so many bad jokes. There are jokes that you cannot say at some venues. It depends on the occasion. If you are clubbing for example and you were asked to come and entertain people at the club, you have no business telling them how Jesus Christ held the cross. You want to say things that they would relate with. Because you would agree with me that they are already in the spirit.

It is a form of spiritual realm and you would like to join them in that realm too and do things they can relate with. But you can be at a corporate event of a company where everybody is depending on you the MC to carry everyone along. You can't go to such corporate event with the high caliber people and say things like 'if you see that yansh'. They would just turn and stare at you and that would be the last time you would be working for that company. So the ability to say things at the right time, at the right place is very important too. So there are so many bad jokes out there but I have built my brand in a way that you can never pin me with bad jokes.

What is your relationship with Bovi?
Solid. He's a friend and we went to the same university and we were able to connect. We had dreams way back, we always said that one day we would come to this Lagos and make a difference. And good enough it is happening. We are in Lagos and we are beginning to gain a lot of attention. We are happy people. He's a married man with a son and I am married with a daughter. Very soon we will both start running for 'second term' in terms of having another baby.