Abuse: Trump Backers Are Not On Fire As Clinton & Cosby’s 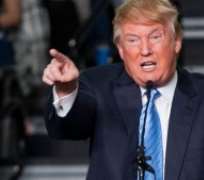 What is the difference between Donald Trump abuse of women and those of Clinton or Cosby? Some would easily answer that it is the involvement of drugs. While Cosby women felt abused, Trump’s claimed they were flattered and one of Clinton’s demurred.

Well, it is much deeper. Bill Cosby forgot who he was when it comes to the way America looks at color, sex and drugs. By every known statistics, blacks and whites use drugs equally but blacks are punished more.

There is another difference, it is the number of women that have come out and defend Trump’s sexual activities as flattering and even upset that a major newspaper cast him and them out of contest in a bad light. At least one of them went as far as thinking about suing in a court of law for libel or defamation. No one has called any of these women a disgrace to their gender.

Trump belittled women not only in his own domain but publicly in front of the camera and gets away with it. Indeed, he challenges anyone that dared him for any reason and called them names too. One cannot say it is because he is running for office as a politician because many politicians are brought under scrutiny, including their sexual activities as in Gary Hart’s Monkey Biz. Trump has now gone on offence against Bill Clinton; as if he is a political opponent.

There are so many black ladies that are ready to crucify Bill Cosby, accusing other black ladies as blinded by racial affinity for supporting him. They have worse epitaph for black men supporting Bill Cosby. It feeds into the stereotype created in the white dominated culture that only white males are civilized and know how to treat women right. Statistics proved otherwise though. If anything, black males are under radar and watched more closely for anything than white males.

You cannot even imagine an African/American as the pioneer of Playboy Magazine or Club. Donald Trump brags about what Bill Cosby is paying dearly for. Oh yes, Hugh Hefner has now been joined in a suit with Bill Cosby as providing the fertile ground for Cosby’s abuse. How many of the Playboy guests are they going to be charged to courts and what are their chances of success after claiming to be flattered contributors, as Trump backers are now proclaiming?

Compare these women that are supporting Trump to those women that supported Cosby at some point. They ran Cosby supporters underground and gave them all kinds of names. Some of them were made to feel so guilty of defending Cosby, they changed their minds or simply went under and unheard from again. Most Black magazines have their anti-Cosby columnists wondering why these women would bury their heads in the sand simply because Cosby is black.

No matter how uncouth Donald Trump disparages women on television or Twitter, supporters remain unmoved. Anyone that dares them knows what is coming her way. Most see themselves as married and conservative women willing to tolerate the boorish behavior of their men and husbands that could be Trump. In other words, no matter what Trumps does to women, he has supporters among women, mostly conservatives, willing to defend him.

The same is not true of Bill Clinton because liberal supporters are also the most active members of the Women Liberation Movement, which conservative women classed antithetical. Even in Playboy and other magazines, women are divided just as Ms. World pageant in Kaduna, Nigeria. Some are flattered as Trump girls while others denounce them as flesh magazines. Yet the difference between Trump and Bill Clinton is that between serial monogamists and polygamists.

The same is true about sexual activities. It is easier to call a black woman a prostitute for the same sexual activities engaged in by a white woman. In the case of a black man, it is even worse than any group. Out of Africa, the sexual prowess of Africans are exaggerated, dreamed up and feared that he may take over other women. Even a white girl that voluntarily falls for a black man would succumb and blackmail him when jeered and confronted in her community.

In order to fight the stereotype of promiscuous blacks and other cosmetic blights, African Americans have tried their best and succeeded in colleges, universities and in the workforce. The black women are in many cases the keeper of homes when their men are not around for variety of reasons. Despite all that, African American women still do not get the respect they deserve. So they always go out of their way to prove that they do not tolerate abuse of women.

You blame them? Look at what Mrs. Cosby has been subjected to in the court of law and some whispering in the gossip circles. We can say that of Mrs. Clinton is political. But in reality, these are human beings that are forced to pay for the sins of their husbands. No one actually believed that these women encourage their husbands. If anything, they are victims themselves.

So Cosby; is the black ladies’ show of resistance to ladies’ abuse and sleaze. These professional black women massacre him for his disgraceful behavior whatever the circumstances. Of course no black encourages Bill Cosby’s behavior but he has been treated unlike any other men in the same circumstances. Is there anyone around the world that does not know what Playboy Club and parties stand for and the type of men and women privileged and flattered to be admitted?

Trump’s special case is borne out by his privileged position. He was the same one that defended Bill Clinton vigorously during the Monica Lewinsky tribulation of the Clinton family. Time and situation has changed since he is now running against Mrs. Hilary Clinton. It was Mr. Trump who objected to the Republicans’ hypocrisy when defending Bill Clinton. He has now turned around and uses it against the wife. He is re-victimizing Mrs. Clinton again!

Family Value, is the mantra Conservatives always hide under, such as like Henry Hyde, Bob Barr, Newt Gingrich, Bill Livingston, Dennis Hastert, Strom Thurmond etc. used to cover themselves during Monica Lewinsky saga. Only to find out later those were the hypocrites worse than Bill Clinton. But they sat in his judgment and passed morality verdict over him.

There is no doubt that Bill Clinton and Bill Cosby brought this upon themselves. Especially Cosby that preached: holier than thou sermons about young African American boys. The hypocrisy was glaring as if his Playboy chapter has closed. He became almost like one of the conservatives that prosecuted Bill Clinton only to find out later they were doing worse to women.