Borno to withdraw scholarships of poor-performing students in foreign varsities 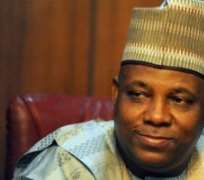 Borno State Government on Saturday warned 10 out of its 60 female indigent students studying medicine in Khartoum, Sudan, to brace up or have their scholarships withdrawn.

The News Agency of Nigeria (NAN) reports that the students are studying medicine under a scholarships programme introduced by the governor.

A statement issued in Maiduguri by Malam Isa Gusau, the Governor's Special Adviser on Communication and Strategy, quoted the Chief Executive as issuing the warning when he visited the students in Khartoum, Sudan.

'Even though he was impressed with the performance of 70 per cent of the students, Shettima has given what he called final chance to 10 out of 60 female students currently studying medicine in two private Universities in Khartoum, Sudan, urging them to buckle up or face sanctions.

'The students involved have been performing below average in their academics.

'The governor's visit to the institutions where 60 female students from state are studying medicine is the first since the programme began in 2014 during his first term in office.

'Shettima was highly impressed with the performance of 50 of the students, particularly three of them, Miss Rebecca Ndahi from Hawul Local Government Area , Miss Aisha Hala from Jere LGA and Miss Fatima Kabiru from Shani LGA, who had the best academic records at the medical school of the National University, Khartoum,' said Gusau in the statement.

The spokesperson said Shettima also held a meeting with all Nigerian students at the Elrazi University, Sudan, with a call on them to take their studies seriously.

'The governor decided to meet all the students, regardless of their states of origin and extend some gestures to them because of the manner they all received him,' added Gusau.(NAN)