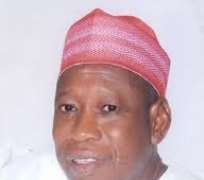 Governor Abdullahi Umar Ganduje while launching the waste collection equipment yesterday in Kano, said that Kano being a big city must be kept clean in order for it to maintain clean state status.

Ganduje said that his administration will tackle environmental issues with all seriousness and that more staff would be employed.

The MD has called for Environmental Court to be established and new environmental laws to be enacted.

According to him the board has 2,490 casual workers on N10,000 monthly allowance. He stressed that the board evacuated 1,017 tones of refuse in the first week of the present administration and in the second week it was 2,020 tones of refuse that was collected across the city’s streets.