Five foods that are killing your sex drive 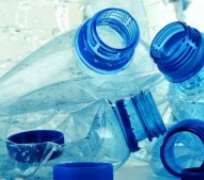 It's springtime, and love is in the air. Believe it or not, your lovemaking ability (or lack thereof) is directly related to your diet, and certain foods are more detrimental to your ability to perform than others.

If you happen to be a man who is experiencing a little trouble getting, er, “inspired” for sexy time, we have a  list of foods that can potentially help you fight erectile dysfunction .

Sexual desires are controlled by what is known as the libido — a fancy word for sex drive. Libido is determined by a number of factors that include sociological, psychological, and hormonal influences.

“In both men and women, the hormone testosterone drives much of human libido,” explained Dr. Michael Hirt, founder of the Center for Integrative Medicine in California’s San Fernando Valley, who often hands out a list of foods to patients who complain about a lowered sex drive. “Low testosterone means a lower sex drive.”

More On Sexual Health
This is why the idea of aphrodisiacs,  foods that stimulate your sex-drive , is widely accepted and revered by the most amorous of humans. While there isn't much scientific evidence that such foods can really rev up your sex drive, the theory is that certain foodstuffs can help us become aroused through their smell, taste, and texture (slurping oysters, anyone?). Additionally, some people believe that the chemical makeup of these sexy foods can alter hormones in your body.

The facts behind arousal through food are slightly more complicated.

Many may assume that high estrogen and low testosterone is a recipe for romantic disaster solely for men, but this isn’t the case; women can experience adverse symptoms when they have too much estrogen as well. The American Association of Naturopathic Physicians notes that when a woman's estrogen levels are too high, she may undergo negative health complications including an increase in PMS symptoms, uterine fibroids, and endometriosis as well as other symptoms such as allergies, decreased libido, fatigue, fibrocystic breasts, headaches, infertility, irritability, and fat gain around the abdomen and on the top of the thighs. Further, numerous studies demonstrate that excess estrogen can cause breast, uterine, and ovarian cancers (all of which are considered estrogen-dependent cancers), cervical dysplasia (a precancerous condition characterized by abnormal changes to cervical tissues), and even menopausal symptoms.

To help you make sure your romantic evening isn't cut short, we've put together the following list of hormone-altering foods and drinks. To help keep the proverbial fires burning, you might want to keep these foods off of your date-night menu.

1. Alcohol
There are  some facts about alcohol that just aren't true . Alcohol may make approaching someone easier, but it can seriously damage your ability to perform. “Alcoholic beverages do a double whammy on your sex life by lowering your testosterone and your sexual functioning,” says Hirt.

2. All-Purpose Flour
Processed foods, especially all-purpose or white flour, are stripped of many components which are vital for sexual health. One such component, the mineral zinc, is essential to a man's reproductive health. Compared to whole-grain or whole-wheat flour, all-purpose flour has about three-quarters less zinc. Additionally, eating all-purpose flour can lead to insulin resistance and, eventually, diabetes. Diabetes can, in turn, narrow one's arteries, increasing the risk of heart disease and erectile dysfunction. If you're looking to keep your sex life healthy, check out our  list of foods you can eat after removing processed foods from your diet .

3. Beets
While eating beets before your workout can improve muscle function, these deliciously sweet vegetables may not do much to bolster your sexual ability. Consuming these trendy root vegetables will support healthy estrogen levels in your body, a facet of a beet's nutritional attributes that has negative consequences for those who have an existing hormonal imbalance. If your hormones are in check, though, beets' natural ability to increase blood flow may prove beneficial for men who have trouble getting “inspired” for a little lovemaking.

4. Berries
From a nutritional standpoint,  eating fresh or frozen berries is incredibly beneficial , but produce with edible skin, especially berries, contains some of the highest levels of pesticides, which mimic estrogen. If you can find some organic, pesticide-free berries, you'll find that their vitamin content can help to improve  your sex life.

5. Bottled Water
There are many, many reasons to avoid conventionally bottled water, but when it comes to virility and fertility, the BPAs found in plastic bottles are the largest one. Bisphenol A, commonly referred to as BPA, is a chemical component found in many plastic food containers that can harm your body in more ways than one. You're better off avoiding BPAs when selecting a reusable water bottle, especially because they can cause erectile dysfunction in men. Additionally, a Slovenian study in Fertility & Sterility found a significant association between urinary BPA concentration in men and lower total sperm count, concentration, and vitality. In a Harvard School of Public Health study, it was found that women who had the higher BPA levels in their bodies produced 27 percent less viable eggs