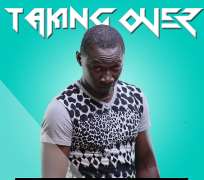 From the stable of the award winning Voice-Over Artiste and Producer, the Global AudioFactory Boss – Mr. Dehniece comes a new Urban-Sounding Song - Taking Over after his Industry Check-in Jam – Na Check which he released in May 23rd, 2014 (his birthdate) which eventually became Radio DJs favourite tune for more than a year.

Taking Over is a wowcious, punch-line filled song which calls on all lovers of God and believers of Christ to take back their positions of dominion in all walks of life, and constantly lead there. Mr. Dehniece featured fast rising RnB and Rap act – K’Money, Nigeria’s Spoken Word Ambassador – Dachief Umoh and the Rap Prince of Gospel –Ziben. This song was produced by 8Notes for Global AudioFactory.

ABOUT DEHNIECE
Dehniece Etukudo has been a show business capitalist since the turn of the millennium, a music producer and sound engineer; and has won several accolades and awards of excellence for his exertion in the entertainment industry and as an exceptional voice-over artist.

The young Dark-skinned man maintains a showbiz alias, Mr Dehniece; a household name in southern Nigeria. When he is not being CEO of Global Audio Factory and Proprietor of Perfect Pitch Music Institute, he is busy expressing capacity as a multi-instrumentalist, a Speaker, concert & event consultant, show host and music/audio consultant.