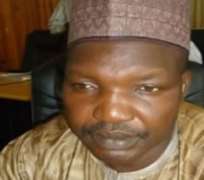 An Abuja Federal High Court on Thursday restored to his position the impeached Speaker of the Kogi State House of Assembly, Hon. Momoh Jimoh Lawal.

Justice Nnamdi Dimgba, while delivering judgement, said the process that led to their purported impeachment on February 16, 2016, was unconstitutional and illegal.

It therefore voided the  election that brought  Umar Imam as the Speaker of the Kogi State House of Assembly, as well as the emergence of four others.

The  court held that “the continued sitting and conduct of the affairs of the Kogi State House of Assembly by the 1st – 5th defendants after the purported removal of the 1st plaintiff and other principal officers of the House and purported installation of themselves as principal officers of the Kogi State House of Assembly on the 16th day of February, 2016, is illegal having regard to section 96(1) of the Constitution and Rule 5(1)”.

To put its judgement i to effect, the court barred  the Inspector General of Police, Director General of the Department of State Service, Commandant of the National Security and Civil Defence Corps, who were 7th to 8th defendants in the suit, “from further barricading the Assembly complex and preventing the plaintiffs from accessing the hallowed chambers of the Kogi State House of Assembly to conduct their legal and legitimate duties as legislators validly elected to represent their various constituencies”.

It however declined to declare that the security agencies, by their actions, aided and abetted the five lawmakers to carry out the purported impeachment as well as subsequent withdrawal of the Speaker's vehicles (official and personal) and withdrawal of security operatives attached to the embattled Speaker. It also refused to award general damages of N500 million.

The judgment followed a suit marked FHC/ABJ/CS/184/16, which the removed Speaker, his Deputy, seven other lawmakers and the Peoples Democratic Party, PDP, lodged before the court through their lawyer, Mr. Emeka Etiaba, SAN. Cited as 1st to 5th defendants in the matter were the five lawmakers that effected the purported impeachment, the aforementioned security agencies and the Kogi State House of Assembly.

The plaintiffs prayed the court to determine whether in view of provisions of the 1999 Constitution and Rules 3(1) & (2) of the Standing Rules of Kogi State House of Assembly dated February 15, 2016, their removal was not unconstitutional, illegal, null and void. Meantime, the court  waved aside contention by the 1st to 5th defendants that the 1st plaintiff, Hon. Lawal, voluntarily resigned as the Speaker.

In Justice Dimgba’s opinion, “It is important to assert that whether or not a resignation has occurred at any material time is not an issue of law, but an issue of fact. Facts are proven by evidence, not by declaration and the rule remains that he who asserts must prove.

“In this instance, it was the 1st to 5th defendants who claim that their assumption of leadership was not forceful but was informed by the resignation of the 1st plaintiff on February 15, 2016 and his subsequent distribution of the House leadership positions to them. I note that the 1st to 5th defendants have not provided any evidence before this court to buttress this claim of resignation”.