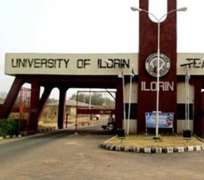 The University of Ilorin, on Monday, said no fewer than 108 fresh students of the institution were expelled for gaining admission through dubious means.

Prof. AbdulGaniyu Ambali,  Vice-Chancellor of the university disclosed this in Ilorin while exchanging views with the Commissioner of Police in Kwara, Mr Sam Okaula, who visited him.

Ambali told the commissioner that due to stable academic calendar and culture of excellence prevalent in the university, the pressure to secure admission into the institution was high.

'This result in some candidates seeking illegal and unauthorised ways to gain admission into the university,' he said.

Ambali assured the commissioner of the university's continuous cooperation by readily offering the police useful information required in the course of their work.

'We will volunteer any information you need to succeed,'' the vice chancellor said.

He reiterated the university's stance on zero tolerance for cultism and indecent dressing, stressing that these had helped to maintain sanity on the campus.

Ambali also gave an assurance that eligible personnel of the Force interested in higher education could take advantage of the opportunity provided by the university's Centre for Peace and Strategic Studies.

Earlier, Okaula said the university was highly regarded as one of the best universities in Africa because of its stable academic calendar.

Okaula also said that security was a collective responsibility of every member of a community, adding that the university had demonstrated zero tolerance for cultism.

He said that no student of the institution was among the 118 recently arrested for cult-related activities.

The commissioner commended the Security Unit of the university for its focus, discipline and professionalism, assuring the vice-chancellor of the continuous support of the police.

Ukaula said the police had adopted scientific investigation method, noting that some officers would require more education in that regard.

He pleaded with Ambali to assist such personnel in securing admission to improve their capacity to be able to better deal with crime in the country.