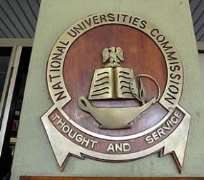 There is a spectre of succession crises in many public universities across the country.  It is particularly visible when the tenure of a vice chancellor is due and a process of appointment of a new one begins. In the last one year, internal upheavals have occurred in a number of federal and state-owned universities, polytechnics and colleges of education, among which are Nnamdi Azikiwe University, Awka; University of Maiduguri, Modibbo Adama University of Technology, Abubakar Tafawa Balewa University, Riverse State University, and the University of Abuja, to name a few.

Currently, the process of appointment of a vice chancellor has been suspended at the Obafemi Awolowo University, Osun State, where the process has been entangled in a court case and threat of violence, leading to the closure of the institution. The Federal High Court, Osogbo, granted an order halting the process. The order was sought by the institution's Non-Academic Staff Union of Educational and Associated Institutions (NASU) and Senior Staff Association of Nigerian Universities (SSANU) which have been at loggerheads with the university's governing council over alleged 'compromise of due process' in the entire exercise. The unions had also claimed that the council took a pre-emptive move to award marks and rank candidates without the constitution of the joint council and Senate selection board, the statutory organ empowered to rank the candidates. Thus, the appointment of the heads of higher institutions, especially vice chancellors, has become very challenging and disruptive of academic life in the universities.

There are several factors that account for the situation of things.  The first is that the office of vice chancellors has been politicised. In addition, the universities run significant budgets. Thus, the resources of the universities, including employment opportunities, have become objects of patronage.  The office of vice chancellor provides the visibility that some academics need to enhance their political ambitions. Thus, many professors who want to get ahead regardless of their competitive academic standing have mobilised to get selected. For instance, when the University of Abuja announced the vacancy for that office last year,  over 100 professors applied. The appointment eventually made was challenged in the National Industrial Court. Competition for that office has become very keen indeed.

The second factor arises from the first. The perception of the office of vice chancellor as a political position guaranteeing access to patronage has generated interest in groups and individuals outside the university system in the selection process. These include a motley of groups in the local communities, including youth groups, social clubs and ethnic associations. A few years ago, Nyesom Wike, then the Supervising Minister of Education, met with the heads of tertiary institutions and Chairmen of their Governing Councils in Abuja where he condemned the localisation of appointments of heads of tertiary institutions by host communities. For these communities, university positions, of which the office of the vice chancellor is the highest, are a part of the national cake to be shared on the basis of state or locality of origin. Professors who want to be vice chancellors must go to universities in their state or locality of origin as the case may be to become vice chancellor.  Thus, ethnic identity is increasingly mobilised to influence the council decision and foreclose the chances of non-indigene professors.

Thirdly, because of the keen competition into that office, the appointment of vice chancellors has become a do or die.  Thus, the process has been inundated with controversies, including claims of corruption, disregard for the due process and pre-determined outcome. There are allegations that council members have transformed the process into a means of self-enrichment.  They are often accused of being compromised. Thus, merit and competence have become less and less visible as central factors for the appointment of vice chancellors in public universities. The localizing of appointments of heads of higher institutions will hinder the quest of Nigerians to have quality education for the development of the country.  This is because it is through meritorious appointment of qualified candidates to such positions, regardless of where they are coming from, that the process can be depoliticised and capable hands selected.

We call on the government to be wary of who it appoints to university councils. Only individuals with the requisite experience and capacity to contribute to the growth and development of the university system should be appointed into the councils. We also call on the heads of councils and vice chancellors to ensure that they work together with host communities to ensure peace, harmony and progress in the universities.  Governing councils should ensure that they observe the due process in the selection process. While local unions may be interested in the appointment of vice chancellors in their universities, they must not intervene to compromise the process or create a crisis in the universities.

The appointment of vice chancellors should not be characterised by bitterness and desperation among contestants. Professors should not resort to blackmail, ethnicity or tribalism or even religious war to get into office, like politicians in the larger society do. The university must be a beacon of light in a society where elections and selection processes are notoriously riddled with malpractices, violence and disruptive failures.