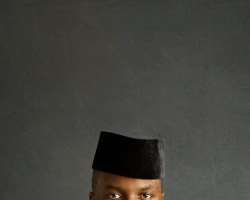 Media personality and co-founder of Red Media Africa, Adebola Williams, has joined the list of brand ambassadors of the national telecommunications operator, Globacom. He is the first non-entertainment ambassador for a major Nigerian telecoms company.

A statement released in Lagos by Globacom on Thursday said Williams is among the new set of ambassadors signed on recently by the firm.

The media personality has quickly settled down as brand ambassador by featuring in a television commercial which is already running on local and international media including CNN, the statement noted.

The telecoms company said it decided to expand its list of ambassadors to include more young, hard working Nigerians whose achievements in entrepreneurship and other endeavour are inspiring the coming generation. Although many of its brand ambassadors are entertainment and sports celebrities, Glo explained that it desires to demonstrate to youths that even without being in sports and entertainment they could still be rewarded and celebrated as long as they showed diligence in

their chosen areas of endeavour.
Williams is co-owner of the very successful brands, The Future Awards Africa, Y! Africa and YNaija.com. He played a major role in the rebranding of President Muhammadu Buhari for the 2015 general election.

Mr Williams has consulted for global brands including Microsoft, Google, the British Council and the United States Government.

He also worked closely with President Muhammadu Buhari as the presidential candidate of the All Progressives Congress from 2014 to 2015 – leading on the campaign communication across TV, radio, print, online and outdoor starting from the iconic photos of the president that went viral in December 2015.

He was awarded CNBC Young Business Leader for West Africa, Forbes Best 30 Entrepreneurs under 30, awarded Business day 40 under 40, amongst others. His company was recently nominated for African Business of the year alongside Dangote group and Chandaria Industries by African Business Awards NewYork.

It focuses on using inspiration, empowerment and action to help brands and organisations connect with their audiences, enhance their bottom-lines and lead in their industries. It has 6 major practice areas: Corporate Practice, Technology Practice, SME Practice, Governance Practice, Faith Practice and the International Practice - with work for brands across Nigeria, Ghana, Kenya and South Africa. RED owns the continent's largest portfolio of youth media brands.

Its Content Division holds brands across TV, radio, online and events including Y! Magazine,YNaija.com, Rubbin' Minds, #YTech100 and the The RED Summit. It also anchors a development firm, The Future Project, which projects include Africa's leading youth platform, The Future Awards Africa,