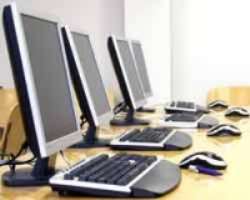 The African Union’s Commissioner for Infrastructure and Energy, HE Mrs Elham Mahmood Ahmed Ibrahim, will tell participants at this year’s eLearning Africa conference that sharing infrastructure must be a top priority for African governments.

Mrs Ibrahim, who will be a keynote speaker at eLearning Africa in Cairo on May 24, is convinced that, by sharing telecommunications infrastructure, African countries could save billions of dollars and speed up the provision of universal broadband access, which will have a major impact on education outcomes.

“A review of infrastructure-sharing experiences found that developing countries can save billions and speed broadband access by sharing infrastructure,” Mrs Ibrahim said in a pre-conference interview with eLearning Africa’s news service. “These savings can be obtained both through sharing telecom infrastructure, such as ducts, fibres and masts, as well as sharing with other utility infrastructure, such as roads, power grids, fuel pipelines and rail lines.”

Better access to education and training through improvements in communications is a crucial element of the African Union’s 2063 Vision for a ‘transformed continent’ and Mrs Ibrahim will stress the importance of improvements in infrastructure for meeting the AU’s targets.

“Policymakers widely accept that access to information and communication technology (ICT) in education can help individuals to compete in a global economy by creating a skilled workforce and facilitating social mobility.”

Many African governments have recently become convinced that poor telecommunications infrastructure, rather than a lack of ICT hardware, is the main factor preventing African countries from using new technology to create a “multiplier effect” in their education systems. The subject is likely to be one of the major themes for discussions, involving African ICT and Education ministers, at eLearning Africa’s Ministerial Round Table, which will take place on the opening day of the conference.

eLearning Africa is the largest conference and exhibition on ICT for education, training and development on the African continent. Each year, it brings together over 1200 education professionals, entrepreneurs, political leaders, thinkers and administrators for three days of discussion about the key issues affecting African education.

The focus of this year’s event will be on the African Union’s 2063 Vision and the theme of the conference is ‘Making Vision Reality’. Other keynote speakers joining Mrs Ibrahim at the opening plenary session of the conference will include HE Yasser El-Kady, Egyptian Minister of Communications and Information Technology; Günter Nooke, Special Representative for Africa of the German Chancellor Angela Merkel; Professor Ismail Serageldin, Director of the Biblioteca Alexandrina; Thierry Zomahoun, President of the African Institute for Mathematical Sciences; and Tarek Shawki, Head of the Presidential Council for Education and Scientific Research.

This year is the first time eLearning Africa has been held in North Africa and the event will feature a diverse programme of workshops, discussion, presentations and debates, as well as a large exhibition, presenting the latest developments in ICT for education and training.

As the largest conference of its kind, the three-day event has become widely recognised as an unmissable occasion for anyone with an interest in education in Africa. It provides outstanding opportunities to learn, understand, present, promote, exhibit, connect and develop new partnerships.