Does The National Assembly Have Power To Alter Budgetary Estimates Prepared By The Executive? 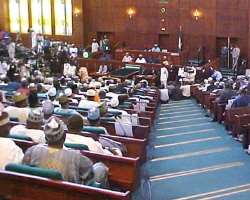 In this article, I examine a critical aspect of the controversy that surrounded the delay in the passage of the 2016 Budget because of the importance it has for future budgetary processes. The issue of interest here is: at the backdrop of Ministers who disowned aspects of the 2016 Budget which emanated from their various Ministries, could there a limit to the power of the National Assembly in making changes to the annual budgetary estimates prepared by the Executive and placed before the National Assembly for passage?

I argue in this article that in the interest of allowing inputs of trade unions, NGOs and other mass organizations through the opportunities provided by Public Hearings, it is in the larger public interest to sustain the operation of the current legal framework which supports, in my humble opinion, the power of the National Assembly to alter the budgetary estimates submitted by the Executive, either marginally or fundamentally, as the National Assembly may deem fit. I support my argument with an overview of international practices, which vary, depending only on constitutional or legal provisions in individual countries.

The legal framework on passage of money bills in Nigeria

The legal framework for passage of money bills at the central government level is governed mainly by sections 59, 80 and 81 of the Constitution of the Federal Republic of Nigeria, 1999, as amended, as well as the Fiscal Responsibility Act CAP F40, LFN 2004 (Updated to 31st December 2010).

Section 80(2) of the Constitution provides that no money shall be spent by the Federal Government unless such expenditure is either provided for directly by the Constitution or it is authorized [i.e. appropriated] by the National Assembly, as follows:

Section 81 (1) of the Constitution prescribes the role of the President in the annual budgetary process – to prepare the estimates of revenue and expenditure and place same before the National Assembly, as follows:

“81. (1) The President shall cause to be prepared and laid before each House of the National Assembly at any time in each financial year estimates of the revenues and expenditure of the Federation for the next following financial year.”

Section 3 of the Fiscal Responsibility Act (FRA) mandatorily empowers the Commission created under the Act to, among others, enforce the provisions of the Act, including promoting section 16 of the Constitution of the Federal Republic of Nigeria, 1999. Section 16 (2)(d) of the Constitution guarantees, among others, provision for all citizens of “suitable and adequate shelter, suitable and adequate food, reasonable national minimum living wage, old age care and pensions, and unemployment, sick benefits and welfare of the disabled”. Also, section 16 (2)(c) provides that the economy shall not be operated in such a way that permits concentration of the

common wealth or the means of production in the hands of few individuals or of a group.

The critical importance of section 3 of the Fiscal Responsibility Act is that where the President presents a budget in contravention of section 16 of the Constitution, the National Assembly may be brought under public pressure (through Public Hearing opportunities) to include estimates which would make the budget comply with the provisions of section 16.

From the foregoing, the idea that the legislature has no discretion but to either pass or reject the money bill (including the Annual Budget) does not have any support in the legal framework governing the budgetary process. Such an idea is a pro-executive arm politics, not law.

An Overview of International Experiences

The point must be made authoritatively that, from an overview of international experiences, the argument that the legislature cannot alter budgetary estimates is only half truth; it represents the practice in some countries where their legal framework so provides. From the analysis of Nigeria’s legal framework examined above, the Nigerian legislature has the power to alter the budgetary estimates submitted by the President. This has been acknowledged in studies undertaken internationally. I provide three sources of such studies below from the works of Anwar Shah (ed.) (2007) and published by the World Bank, entitled "BUDGETING AND BUDGETARY INSTITUTIONS”. World Bank (accessed online on 7/5/16 at http://www.unicef.org/socialpolicy/files/Budgeting_and_Budgetary_Institutions_Shah07.pdf ); Richard Hemming, Barry Potter & Richard Allen [(2013) "The International Handbook of Public Financial Management. Palgrave, Macmillan] and lastly, Alta Folscher (2011) Status Report: Good Financial Governance in Africa”, March, CABRI Secretariat, Pretoria].

In a study by some experts edited by Anwar Shah (2007), it was established on page 273 of the book that:

“Legal powers of the legislature to amend the budget vary from one country to another. Three situations are possible:

1. Unrestricted power gives the legislature power to change both expenditure and revenue up or down, without the consent of the executive. Some presidential systems (for example, in the United States and the Philippines) fit this model—although the “power of the purse” granted to the legislature is counterbalanced by a presidential veto. This situation implies substantial and direct legislative influence on the first two objectives of public expenditure management (fiscal discipline and expenditure allocation) as well as some indirect influence on the third (operational management).

2. Restricted power is the power to amend the budget but within set limits, often relating to a maximum increase in expenditures or decrease in revenues. The extent of these restricted powers varies from country to country. In France, the United Kingdom, and the British Commonwealth

countries, parliaments are not allowed to propose amendments that increase expenditure and have very restricted powers to propose any other amendment. By contrast, Germany allows such amendments, but only with the consent of the executive. This situation implies very limited

legislative influence on resource allocation and (indirectly) on operational management.

3. Balanced power is the ability to raise or lower expenditures or revenues as long as a counterbalancing measure maintains the budget balance. This intermediate arrangement, known in the United States as PAYGO, channels legislative influence to the sectoral allocation of resources, where it is more appropriate.

Limits on the power of the legislature to amend the budget are particularly needed where legislative debates lead systematically to increased expenditures, as was the case in a number of former Soviet republics in the 1990s. The organic budget law should stipulate that legislative actions that increase expenditures can take effect only if these expenditures themselves are authorized in the budget or its supplementary acts. However, these limits should never hamper legislative review of the budget. In some countries, the budgetary role of the legislature may need to be increased rather than limited”

It is humbly submitted that the Nigerian legal framework fits the first model above. As the authors above conclude, it is more beneficial to expand the scope of the legislative power on the making of the budget through an enactment in conformity with constitutional provisions rather than restricting it.

Another empirical study by another set of experts [Richard Hemming, Barry Potter & Richard Allen {2013)] has confirmed the findings above in the World Bank publication. On pages 196/197, they established that:

“Relationship between legislative and executive branches.

The powers of the legislative branch vary widely across countries, depending on the legal framework and the type of government system. The powers granted to the legislature by law with respect to its review and approval of, its oversight powers over, and (critically) its ability to change the executive’s budget proposals are determined by each country’s legal framework, often at the level of the constitution. As a consequence, there are large variations in the scope of these powers. In some countries the legislative branch can submit its own budget, reflecting its policy priorities, without reference to the executive branch’s

proposals. In other countries the legislative branch has great powers to vary budget allocations and hence policy priorities as long as it does not exceed the total spending limits. In still others the legislature can exceed the total limits as long as it brings forth equivalent revenue increases to cover the difference. In contrast to this flexibility, a large number of countries follow a parliamentary system of government, where the legislative branch has the power only to approve or reject the budget, the latter decision typically forcing the government out of power. For many countries, therefore, policy priorities are subject to iterative and detailed negotiations, revisions and compromises, which can often cloud the policy content of the budget finally approved. Even once the annual budget law is approved, nearly all systems allow in-year amendments, usually limited in number, that often represent changes in policy priorities within the year. As a consequence, it is not unusual for countries’ budgets to exhibit major differences between ex ante and ex post policy priorities."

The third source on this subject matter contains empirical findings on experiences in African countries. Alta Folscher (2011) also establishes a variety in the scope of the power of the legislature on causing variation in budgets prepared by the executive arm of government, emphasizing again that it all depends on the legal framework in individual countries. The key findings, on pages 61/62 of the book on the issue of the amendment powers of the legislature, are as follows:

"The potential for legislative changes to the executive budget proposal is determined in law. In the African context, there are several legal restrictions that are noticeably shaped by administrative heritage. Legislatures in many Francophone countries are not allowed to increase the deficit, whereas a large number of countries with a Westminster heritage allow

legislatures to make cuts to existing items only. According to the 2008 CABRI/OECD survey of budget practices, 19 of 26 surveyed African countries prohibit certain types of amendments. In five countries (Ethiopia, Liberia, Mozambique, Namibia and Nigeria) legislatures have unlimited amendment power. In one case (Malawi), the legislature may not make any changes; it can only approve or reject the budget. Originally, the South African parliament belonged to the latter category; however, the national assembly recently passed the Money Bills Amendment Procedure and Related Matters Act 9 of

Conclusion
In the light of the foregoing survey of international experiences and an analysis of the legal framework governing an aspect of the budgeting process in Nigeria, I humbly submit that it is a misconception to argue that the legislature has no power to alter budgetary estimates prepared by the executive. The long term public interest would be better enhanced where the existing powers of the legislature in Nigeria to alter budgetary estimates by the executive are sustained.

Rather than curtail the powers of the legislature, the National Assembly should in fact enact statutes to strengthen its powers over the budgetary process. It is in such a context that organized labour and other social forces may seize the opportunity provided by Public Hearings in the process of bills passage to pressurize the legislature at critical times and on critical issues.