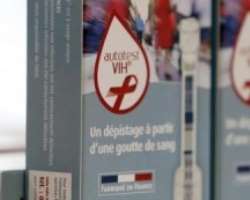 Global progress fighting AIDS could be lost because prevention programmes are suffering from a lack of leadership, accountability and funding, the head of the United Nations warned on Friday.

Headway in tackling the epidemic has been “inspiring,” with a 42 percent decline in AIDS-related deaths since a peak in 2004, U.N. Secretary-General Ban Ki-moon said in a report.

The progress has caused life expectancy in countries most affected by HIV to rise sharply, he added.

But those gains could be lost without more and better investment in the next five years, Ban warned.

“If we accept the status quo unchanged, the epidemic will rebound in several low- and middle-income countries,” he said in a statement.

A commitment to end the AIDS epidemic by 2030 was included in the Sustainable Development Goals, an ambitious plan to end poverty and inequality which was adopted by U.N. member states in September.

Over the next four years, an estimated $26.2 billion will be needed to achieve that 2030 target, the report said.

Citing gains, it said anti-retroviral therapy had been made available to 15 million people in the last 15 years.

During that time the number of people newly infected by HIV each year has dropped to 2 million from 3.1 million, according to U.N. data.

New HIV infections declined just 8 percent between 2010 and 2014 and continue to rise in eastern Europe, central Asia, the Middle East, North Africa and the Asia–Pacific region, the report added.

Some 22 million people do not have access to treatment, it said, and around half of all people living with HIV are unaware of their HIV status.