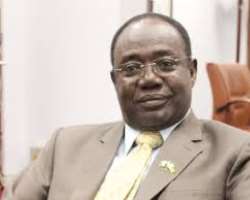 Islamabad Chamber of Commerce & Industry (ICCI) Trade Delegation will explore the explore trade and investment opportunities in the areas of Agriculture, Solid minerals , Pharmaceuticals, Handicrafts, Textiles and joint ventures in the establishment of industries and export of goods between Pakistan to Nigeria.

Sheikh Abdul Waheed, Vice President (ICCI) said that Federal Republic of Nigeria is an important trade partner of the Islamic Republic of Pakistan and recently owing to the charismatic personal efforts of Former Nigerian High Commissioner to Pakistan, Ambassador Dauda Danladi, mni the “Trade between Pakistan and Nigeria has reached an appreciable level from US 80 Million in 2012 to US 500 Million in 2015". He observed that this tempo of trade must be sustained through constant trade delegation visits between the two countries business community.

Islamabad Chamber of Commerce & Industry (ICCI) High Powered Trade Delegation will endeavor through relevant authorities to meet with the Nigerian President, Mahammadu Buhari, the Minister for Trade, the Business Community from various States and the Lagos Business Club. He said preparations in collaboration with the Pakistan High Commission in Nigeria is in progress.

Highlighting the glorious achievements of Former Nigerian High Commissioner to Pakistan, Ambassador Dauda Danladi, mni, Vice President (ICCI) Sheikh Abdul Waheed added that the President of Pakistan, Mamnnon Hussain’s State Visit to Nigeria in 2014 was the personal endeavour of Ambassador Danladi which has resulted in the establishment of a Commercial Section in Abuja to fast track the promotion of trade and investment between the two countries.

He said many Ambassadors/High Commissioners from Federal Republic Nigeria came to Pakistan on their official diplomatic obligations in the past but they just came and went without leaving any marked impression on the horizon of Nigeria Pakistan Diplomatic relations focusing on Trade and Commerce between the two brotherly countries.