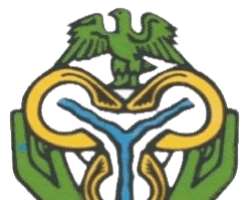 Oil, gas and power firms owe banks in the country about N3.931 trillion as at the end of December 2015, according to latest data released by the Central Bank of Nigeria (CBN).

The CBN in its Quarterly Statistical Bulletin for the Fourth Quarter, Q4, 2015, released recently, said the indebtedness represented a decline of 1.36 per cent or N54 billion against N3.985 trillion recorded at the end of November 2015.

A breakdown of the commercial banks' sectoral credit allocation showed that the downstream, natural gas and crude oil refining segments owed banks up to N2.273 trillion as at year end. This was slightly higher than the N2.264 trillion recorded in November, while the upstream and oil and gas services sector owed N1.156 trillion against N1.192 trillion month on month.

In the power sector, the banks are owed N340.31 billion by Independent Power Plants, IPPs, and power generation companies, while power transmission and distribution companies owed N162.44 billion against N168.1 billion in the same corresponding period. As a result, the exposure of the banking sector to energy firms as at year end, increased by 10.02 per cent or N358 billion in comparison to end-November's N3.573 trillion.

The report stated that total loans and advances to the domestic economy during the period stood at N12.263 trillion, down by N15.7 billion or 0.1 per cent below the level recorded in the preceding month, but an increase of N86.8 billion or 0.7 per cent above year end 2014.

'Further analysis of the credit to industry sector showed that oil and gas; manufacturing; power and energy; and mining and quarrying sub-sectors received 52.1, 39.8, 7.8 and 0.3 per cent, respectively.