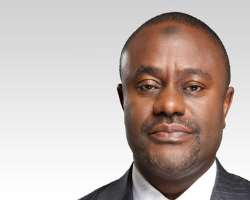 The bank's Board of Directors which approved the appointment, said the development followed the absence of Mr. Okonkwo.

While announcing Balarabe, who prior to the appointment was the Executive Director North, the bank reassured all its stakeholders, including over 400,000 shareholders and about 3.4 million customers, of seamless services.

It said although Balarabe's appointment is with immediate effect, it was subject to regulatory approval.