Unemployment in Nigeria And The Way Forward 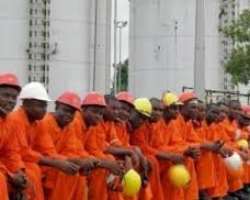 Causes
We should analyses the causes behind unemployment among youths in Nigeria.

Defective Education System: Our system of education is also defective. It is not satisfactorily related to the socio-economic needs of our people. Since the western system of education was introduced in this country; people have all along shown a general tendency towards general higher education. A certain degree of general education was also considered essential for securing services in public offices and jobs in private companies. The lure of lucrative opportunities in liberal profession have all along attracted the bulk of the young men with the result that gradually all these lines have become crowded.

Unplanned Automation: Unplanned automation has thrown thousands of young people out of their work.

Solution
To solve the problem a change of outlook is also needed. It is a fact that no government can provide employment for all the unemployed youths. However, there is a need for harmonious development of economic opportunities.

Practical Education System: Hence our education system should be more practical. Vocational education can offer greater employment opportunities to our youths. A system of education should be evolved where students are given technical training so that it will eventually help them in securing suitable jobs in appropriate lines of occupations.

Economic opportunities in agriculture: The scope for employment of the educated young men in in the field of agricultural is often forgotten. The introduction of better farming methods, cultivation of new crops, running of poultry farms, gardening, etc, are possible lines of work which young men with technical training and initiative may take up with profit.

By reviving cocoa and small-scale industries we can also solve the problem of rural unemployment. The existing cocoa industries are to be revitalized and along with them new industries on cocoa basis should be started. Cocoa industries can serve not only as whole time occupations to many but also as subsidiary means of livelihood to thousands.

Control Population Explosion: However, all these will be of no avail unless population explosion is controlled. Indeed hunger, distress and unemployment will rule the land unless the birth rate is reduced to an optimum level.

These are some of the methods, which may be tried for minimizing the effects of unemployment. Since this is a very complex problem, it is hardly possible for combating it by a single remedy. Its solution depends on a variety of economic and social factors.