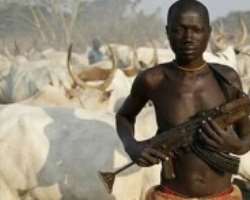 The Rapid Response Squad (RRS) of the Lagos State Police Command has arrested a 42-year-old man, Kazeem Bamidele, accused of being a major buyer of stolen phones in the state.

A dependable police source told the News Agency of Nigeria (NAN) that the suspect was the second vice chairman of the National Union of Road and Transport Workers' (NURTW), Ajegunle Unit.

“The suspect has over 52 boys in Lagos State who steal and sell “clean phones” to him.

“He confessed to have bought over 4,256 mobile phones from robbers, pickpockets and one-chance gangs operating in the state.”

The command's spokesperson, SP Oladapo Badmos, who confirmed the arrest, said that the suspect, popularly known as 'Elewure' was arrested after the arrest and interrogation of two other suspects.

Badmos said that the two suspects, who were also receivers of stolen phones, were arrested in Kogi State, in connection with abduction and robbery cases in Lagos State.

“The operatives had upon returning from a week-long investigation in Port Harcourt, Enugu and Kogi States, swung into action by arresting 'Elewure' in his shop at Boundary Market, Ajegunle.

“The suspect was fingered to have been the seller of two Blackberry Z10 phones and a CAT phone collected recently from victims of robbery and abduction cases in the metropolis.

“He claimed to always receive no fewer than 38 'clean phones' in a week. He confessed to have been in the business for more than two years.”

According to Badmos, the suspect also confessed that he sold the stolen phones at boundary market, Ajegunle, where he has his office and shop.

“He claimed he knew that the phones he sold were stolen ones.”

The spokesperson said that as at the time of arrest, five stolen mobile phones were found in the possession of Bamidele.

Badmos said that the suspect had been assisting the police in its investigations, adding that two commercial buses suspected to be used for robbery operations had been impounded.

She said that the suspect had been transferred to the Special Anti-robbery Squad (SARS), Ikeja for further investigation. (NAN)