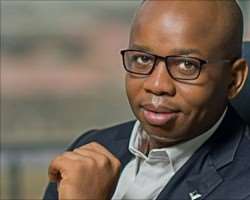 Analysts and industry watchers had, due to unfavourable macro environment and challenging regulation of the industry, predicted negative PAT, or flat revenue at best, but Diamond Bank maintained its resilience and status as the fastest growing retail bank, capturing a large population of the un-banked and making them digitally active. The Bank grew its customer base by over 300 per cent, acquiring a total of 5,920,190 new retail customers in 2015, and through the successful implementation of technology-led retail strategy for enhanced service delivery, grew its Diamond Mobile App customers to over a million, making it the first in the financial services sub-sector.

The Bank earlier issued profit guidance after prudent provisioning of N55.2 billion impairment charge and the installation of mitigating actions that would address the impact of current economic headwinds to deliver improved earnings and lower operating costs, thus, setting forth a clear and realisable business roadmap that would promote stronger and sustainable growth in 2016 and the years ahead.

Although the ripple effects of the Central Bank of Nigeria's regulation and the Federal Government, especially the change in Cash Reserve Ration (CRR) to 31% and later 25% as well as implementation of the Treasury Single Account continued to be felt at the Bank and the industry generally, these partly caused a decline in customer deposits by 17 per cent and consequently led to a drop in total assets to N1.7 trillion from N1.9 trillion year on year.

The Bank, in a move to build a healthier balance sheet that will assure sustainable value to shareholders has in the current business year, embarked on organizational restructuring to improve operations and services and the restructuring of its balance sheet to let go highly priced fixed deposits in favour of low cost deposits, which has very low investment risk and predictable favourable returns.

In his comments, the CEO of the Bank, UzomaDozie, highlighted the transformation the Bank was going through and remained positive that reliance on innovation, technology and lifestyle priorities will drive banking in the future and Diamond is well positioned to take advantage of this. He expressed optimism about the growth and value to shareholders and restated his commitment to overseeing full implementation of the Bank's digital-led retail strategy.

“Importantly, there are clear signs that the new strategy and initiatives to reduce costs are proving successful and are reflected in certain financial indicators. Fundamentally, by taking various mitigating actions and implementing the retail-led digital strategy, Diamond Bank has an excellent platform from which to achieve growth, profitability and shareholder returns in the year ahead. New retail accounts opened has grown more than fivefold and with a network of over 24,000 agents as at December 2015, active account ratio continues to improve. These creates a measure of confidence going into the future,” said Dozie.

According to the CEO, a number of mitigating actions are being taken to address and drastically reduce these challenges, thereby putting Diamond Bank in a better position to achieve better results and strong earnings for the shareholders in the current business year.

He said: “2015 was undoubtedly a challenging year for us owing to a mixture of external factors not limited to regulatory headwinds and a difficult macroeconomic environment. Whilst this led to additional impairment charges following a prudent review, we have further tightened the criteria for loan originations in order to better align our loan portfolio with the macroeconomic conditions. As a result, we are confident that the overall quality of our loan book remains high.

About Diamond Bank Plc
Diamond Bank Plc began as a private limited liability company on March 21, 1991 (the company was incorporated on December 20, 1990). Ten years later, in February 2001, it became a universal bank. In January 2005, following a highly successful Private Placement share offer which substantially raised the Bank’s equity base, Diamond Bank became a public limited company. In May 2005, the Bank was listed on The Nigerian Stock Exchange.

Today, Diamond Bank is the fastest growing retail bank in Nigeria with a track record of high quality banking solutions for customers. It's the lead driver of financial inclusion and enhanced customer experience through innovation and technology. Regarded as supporter of lifestyle trends, its mobile banking app, “Diamond Mobile” currently has over 1 million active subscribers on its platform. Diamond Bank has over the years leveraged on its underlying resilience to grow its asset base and to successfully retain its key business relationships.

It has also played a leading role in partnering with domestic and International bodies such as Women's World Banking, Bill and Melinda Gates Foundation, MTN etc. to create easy access to financial services for the unbanked.