We Want Some Of ‘the Juice’! Actress Dorcas Shola Fapson Smoulders In New Campaign Photos 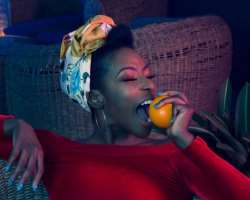 Following her unveiling, hot new photos of her shot by Remi Adetiba has been released.

Check out photos from the resort-inspired shoot below!