Man Crush Everyday!rmdsexy In New Photos As He Makes A Comeback To Our Screens 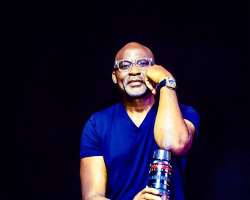 Richard Mofe- Damijo is officially our #MCE!
SAN FRANCISCO, April 26 (THEWILL) – The screen icon is making a return to the big screen and we're just so excited.

If a man consistently rules over a terrain for over 3 decades and is still waxing strong then only one title is befitting King. The toast of producers and directors, the dream co-cast of actors, the delight of viewers, RMD is unarguably king at what he does and to celebrate his return, he has released new photos.

Check them out below!