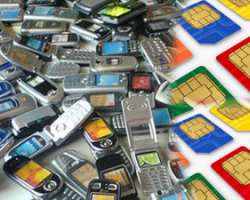 The total number of GSM subscribers which had peaked at almost 150 million in November last year, dropped to 148.6 million by end of the year.

A report from the Nigerian Communications Commission, NCC, indicated that the decline in the fourth quarter of the year which represented a reversal of third quarter growth was due to declines in MTN subscriber base from 62.4 million to 61.2  million and Etisalat from 23.4 million to 22.1 million. Globacom and Airtel witnessed increases in their number of subscribers.

The total number of subscribers has increased rapidly over the previous decade, but in recent years of the second decade in the life of the industry in Nigeria a lower growth rate have been recorded, possibly as market penetration is already high, which leaves less room for large expansion.

The report also indicated that GSM internet subscriptions followed similar trend as telephony, except that a real drop below previous quarter was recorded.

witnessed a rise in internet subscriptions.
The telecommunications sector contributed N 1.65 trillion or 8.88 per cent to Nigeria's Gross Domestic Product, GDP, in the final quarter of 2015, a slight increase relative to the 8.76 per cent contribution recorded in the same quarter of the previous year.

The fourth quarter 2015 sector contribution to GDP is also higher than the contribution of 7.71 per cent recorded in the third quarter, but this is to a large extent due to different seasonal patterns of the telecommunications sector and whole economy.