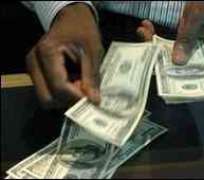 The US Federal Reserve is to keep its main interest rate at a near zero level, saying it expects to hold it there for an “extended period.”

The Fed said “subdued inflation” and other factors “are likely to warrant” keeping rates at their historic lows.

Despite keeping rates low to boost the economy, the Fed was nevertheless upbeat about growth.

It noted that consumer spending had “picked up,” and there were improvements in the housing market.

However, the Fed warned that high unemployment and continued falls in bank lending still presented hurdles for economic recovery.

The Fed has kept its short term interest rates in the zero to 0.25% range since December 2008.

Thomas Hoenig was the only member of the 10-man Fed board to oppose the “extended period” pledge.

He fears that keeping rates too low for too long could lead to a return of excessive risk-taking by investors and speculative bubbles.