Who will inherit Prince's $300 million fortune? 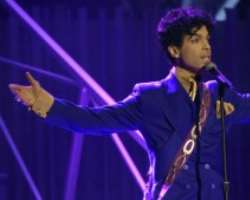 There’s speculation over who will inherit  Prince's estimated $300 million fortune.

He had no surviving children and both of his parents are deceased. It is unclear if the 57-year-old had a will.

If he did not have a will, Minnesota law states that his estate would go to his sister, Tyka Nelson, and his seven half siblings. Two are believed to have passed away.

Tax attorney Bruce Givner, who is not affiliated with Prince's estate, told IE his money will go his siblings.

“Minnesota, like every state, has what is called an intestacy law. Intestacy meaning there is no governing document. The state has a law that says who gets it when you die,” he said.

Prince is believed to own the master recordings of his work, and ran the successful record label, NPG and his Paisley Park recording studio.

He made money from royalties of his songs, as well as royalties from songs he wrote for others artists including Sinead O'Connor's hit “Nothing Compares 2 U” and The Bangles “Manic Monday.”

It is also believed that Prince had a vault of unheard music that could now be released to the public for the first time.