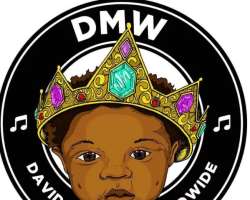 There have being trouble in the HKN camp for some time now. According to the artiste who took his rant to social media saying his own blood was hating on his Pepsi endorsement and the success of his artiste Mayorkun.

It was a puzzle left to people to undo; as it wasn't certain which of his brothers he was referring to.

For those who might have thought HKN was solely owned by Davido, he is actually a co-owner with his Brother Wale Adeleke.

The singer recently gave a hint that he is moving out of HKN when he revealed his company's official logo.

The Logo is his OBO artwork derived from the customized diamond encrusted Omo Baba Olowo chain and pendant which was made by New York-based designer Greg Yuna.

To buttress his point, he wrote this: “MOVEMENT”. Putting all the pieces together, this could mean, the artiste is letting his fans know he is moving on, as his new Label, which already has two artistes, Mayorkun and Dremo is named Davido Music Worldwide.