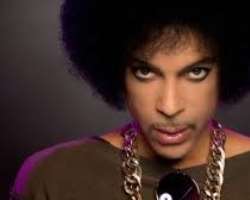 A career that revolutionized rock, R&B, and many more genres came to a shocking, sudden end on Thursday.

One of the most iconic musicians in American rock and R&B history is dead at 57.

Prince—the singer, songwriter, and legendary guitarist behind songs like “Purple Rain,” “Raspberry Beret,” and “1999”—was found dead at his Paisley Park home and recording studio in Chanhassen, Minn., on Thursday morning.

The Carver County Sheriff's Office responded to a call from the home at 9:43 a.m. and discovered a deceased person. Police initially would not release the person's identity until next-of-kin had been notified; several hours later Prince's publicist confirmed that he had died. Sheriff’s deputies reportedly found him unresponsive in an elevator. Efforts to administer CPR had failed.

The cause of death is not yet determined, but Prince suffered a major health scare just one week ago. His plane made an emergency landing in Atlanta and he was hospitalized for what was described as flu-like symptoms. He appeared the following day, however, at a $10 dance party near his home, reportedly telling a jubilant crowd: “Wait a few days before you waste any prayers.” Born Prince Rogers Nelson in 1958, the pioneer broke into music at age 21 when his 1979 disco-pop classic “I Wanna Be Your Lover” shot up the charts and invaded dance halls with his falsetto vocals and sexually charged lyrics. His innovative mixture of synthpop, guitar rock, R&B, funk, and new wave became known as the “Minneapolis sound” and defined up-and-coming artists during the subsequent decade.

In the early '90s, he adopted a stage name based on an original and unpronounceable symbol combining the Mars and Venus astrological symbols that represent the male and female genders. Many referred to him as “The Artist Formerly Known as Prince” until he reverted to his mononym at the turn of the century.

Throughout his career, Prince took enigmatic positions on social and political issues while never outwardly involving himself in presidential politics like many of his contemporaries did. His hit single “1999” took a stand against nuclear proliferation; he famously became a Jehovah's Witness in 2001 (after which he publicly admonished same-sex marriage); he was named “world's sexiest vegetarian” by PETA for his animal-rights activism; and just last year he released “Baltimore” in support of the Baltimore protesters upset with the death of 25-year-old Freddie Gray in police custody.

He was also a fierce activist against record label control over his music, famously eschewing most streaming services and refusing to release his albums through digital stores like iTunes. In fact, his “Artist Formerly Known as…” period began because of desire to get out of an oppressive contract with Warner Brothers. Today most of his songs and music videos are virtually non-existent on the Internet thanks to his efforts to combat the digital proliferation of his art without his full consent.

Prince was also known for his mythical and epic live performances. His 2007 Super Bowl Halftime show is considered the greatest in the history of such performances. He also stole the show with his guitar solo on the Beatles classic “While My Guitar Gently Weeps” during a 2004 Rock and Roll Hall of Fame super-group performance honoring the late George Harrison.

The legend himself was inducted to the Rock Hall that same year, during his first year of eligibility.

Prince was married twice. First, to his then-22-year-old backup dancer Mayte Garcia from 1996 to 2000, and then to Manuela Testolini from 2001 to 2006. Additionally, the seductive singer famously dated fellow celebrities like Madonna and Kim Basinger.

His only child, Boy Gregory, born to Garcia in 1996, died at one week old after suffering from a rare genetic disorder known as Pfeiffer syndrome.

Just one month before his passing, The Purple One announced that he was working on an “unconventional” and “poetic” memoir with the working title The Beautiful Ones. The Daily Beast