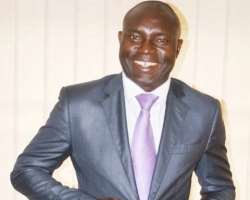 In this part of the world, many see the fourth estate profession (Journalists) are only those hungry for news and must remained committed to excruciating poverty. As the writing profession begins to go globally, philanthropists and technocrats are beginning to emerge from this noble journalism profession over the years.

To many and Mindset Media Limited, Pastor Daniel Alabrah, though mostly addressed as”Mr.Daniel Alabrah by his professional colleagues and friends had passed through unrepentant poverty in Ajegunle when many thought his future was bleak, even as a renowned grassroots footballer. Despite several daunting challenges of life, Mr.Daniel knew one day he would become a renowned writer across the globe. Today; he has become an inspirational mentor to these new generational writers in Nigeria.

As a trained Political Scientist who turns renowned journalist from grassroots reporting to national reporting where at the grassroots reporting was earning only paltry sum of #3000 per month but never gave up his calling than focusing on his noble career in life. Today, Alabrah hails from a family of footballers and coaches but decided to create a niche for himself in the media profession.

Having worked with the Sunday Newspaper as the deputy editor, Sunday desk, his commitment and intelligence gave him that enviable position in the organization. In the last administration of President Goodluck Jonathan, he was appointed as the Head of Media and Communications to Presidential Amnesty and did excellently well in discharging his duties.

In Ajegunle community and beyond, Pastor Daniel Alabrah legacies cannot be swept under the carpet without iteming some of his glowing achievements.

Three hours with Daniel Alabrah at his God’s own abode recently could equally described a man that loves God and ready to sacrifice his last money to the poor. His rising profile of Daniel Alabrah in Journalism profession and grassroots footballer can also be traced to hardwork and perseverance in God’s presence. Those who knew Daniel Alabrah 30 years ago in a poverty-stricken condition could have every reason to thank God for the great turnaround in his life.

For every media organization Daniel Alabrah worked over the years either big or small, he has fully committed 95 percent creativity to the company which has propelled his meteoric rise in the journalism profession.

His recent financial support for Rekson Foundation on Ajegunle public schools where he donated over 300 school bags and books to pupils as to mark his yearly birthday. The Ijaw-born journalist legacies are seen in every nook and cranny of Ajegunle community. His humility is worthy to be emulated in all ramifications. He has received several meritorious awards from community level to national level through grassroots philanthropic gesture and journalism profession. He prefers to be a silent achiever and allow God to lift him higher in life. He is happily married and blessed with children.