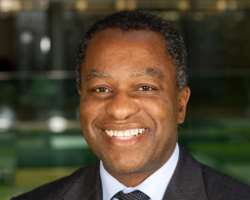 The minister of Foreign Affairs, Geoffrey Onyeama, has disclosed that, contrary to reports, there is no currency swap agreement between Nigeria and China.

He made this disclosure to State House Correspondents yesterday at the Presidential Villa, Abuja.

LEADERSHIP recalls that during President Muhammadu Buhari ‘s visit to China, an agreement on a ‘Mandate Letter Between the Industrial and Commercial Bank of China and the Central Bank of Nigeria on Renminbi (RMB) Transactions’ was signed.

But the minister said, “It’s not really a swap. What it takes is that as the Chinese economy goes strong, there is some pressure on them from the trading partners, international financial institutions. They agreed that the money should be internationalised. So, they started that for a while. They were protecting it also.

“They did not allow it to be fully exchangeable. But now their economy is fully strong, they are looking for a way to internationalise the currency. Now, they were saying, essentially, that they wanted to segment it.

“For Southern Africa, South Africa is going to be the sort of a hub for the currency. So, they are going to be the focal point for the Chinese to make that available for trade in that area.

“In West Africa, they are looking for a hub. Ghana is interested in being the hub for the currency to circulate it for those who want to use it. It is not compulsory. But Nigeria is a bigger country with bigger economy. So that does make sense. And they became a kind of attracted to Nigeria to be the hub. So, for us, the benefit is that it gives us small flexibility.

“ So, if Nigeria is buying Chinese goods, for instance, it will be in our interest to use the Yuan because we know there is a lot of squeeze for the dollar; but we still use the dollar. But if it is not enough and there are some people who want to invest in the country, instead of crying that they cannot take dollar out, there might be Yuan that they would be happy to take out because it is now internationalised as a currency and they can use it. So, it gives us a much larger option.”

Minister Onyema also noted the complaints of importers about not being able to access the dollar to buy goods, and said that, in addition to dollar, if they can have Yuan available.

“So, it has given the country a greater opportunity for the economy so that those people can also now import notwithstanding the shortage of dollars. So, that is really what it’s more about, rather than a swap deal or any such thing,” he explained.

Asked how Nigeria would benefit from Chinese investments in the county, he said, “It depends on each agreement. If we have an agreement where we insist that there should be much greater local participation, if they want to come in and invest in building railway lines, there should be a certain number of Nigerians. But I think, as a government, we will obviously be looking at that kind of agreement.

I am sure that the minister of Labour will have a say in ensuring that any big project we enter is in the interest of Nigeria, and we are going to get something out of it, not just the infrastructure, but also it should provide jobs,” Onyema stated.

On whether, the deal with China will not affect Nigeria’s relationship with the West, he recalled that “what has helped China so fast in 30 years is because of the investments of the West in China. That is really what has transformed the Chinese economy – the Japanese, Germans and Americans.

“So we will not have any problem with the West. China is part of the world trade organisation and part of the international trading system.”

Budget 2016 ready soon – FG
Hope for presidential assent to the 2016 budget was kindled yesterday as the federal government disclosed that it was holding talks with the National Assembly over the money bill.

LEADERSHIP recalls that executive and the legislature have been at loggerheads over the 2016 budget as both parties have in recent weeks been pointing accusing fingers at each other.

Udoma, flanked by minister of Power, Works and Housing, Babatunde Fashola; minister of State, Petroleum, Dr Ibe Kachikwu, and minister of Communications, Adebayo Shittu, disclosed that the federal government had already put in place a monitoring and evaluation mechanism to ensure proper implementation of the budget.

He said, “On the expectation that we will soon have a budget, the monitoring and evaluation mechanism to make sure that the budget delivers what it promises, that mechanism was looked at by the Federal Executive Council and approved.

“In addition, council noted the report of the Nigerian Economic Summit Group which, in partnership with National Planning Commission, organised an economic summit last year and made various recommendations, these recommendations were presented and noted,” he stated.

Minister of Power, Fashola on his part, said the recent power outages are just teething problems and that very soon normalcy will be restored in the power sector.

“Our intervention today was to update the Council on the status of power, the causes of the outages being experienced and plans to solve them.

“Essentially, it is gas supply issue arising from the problems that are now well reported – of the failure of our operational platforms at Forcados, where the repairs are ongoing to restore the petroleum lines and gas lines.

He added that the matter was the concern of the ministry of petroleum, and that “they are keeping us in the loop about all of these, and when all of these will be restored to normal service

“We are having increasing success with some of our transmission projects, so areas in the country that did not have power supply when we were at 5,000 now have transmission restored. Places like Maiduguri, Okada, Makurdi transmission projects have been completed there, they are now benefiting from what was difficult to share initially. So is a mixed blessing in some places.

“We understand that people are going through a difficult time. It is a bad time to have energy crisis and there is no good time to have one. But like we briefed Council, it is a temporary thing. We will go back to normal service when gas is fully restored.”

Fashola assured that the government is working hard to make sure that should this happen again in future, it is readier to respond by increasing the opportunities for local gas allocation and local gas production from the non-associated lines.

He also expressed confidence that they can meet the target of 10,000 megawatt set by Mr President by 2019.

“This is a teething problem, it won’t last for long, our determination to overcome it is bigger than the problem and I’m very sure it will be overcome. “He said.

The Communications minister, during his briefing, stated that one of the memos which also came before the FEC was the one requiring approval of the final Acts and instruments amending the International Telecoms Radio Regulations.

According to him, the World Radio Communication and International Telecommunications Union (ITU) usually hold meetings every four years, and the most recent one was the one that took place in December 2015.

At this meeting, the significant milestone was the fact that in all of the 150 years existence of the ITU, a Nigerian in the person of Engr. Festus Dawudu, a director in the ministry, emerged chairman, the first time an African would be chairman of the 150-year-old body.

“Again, consequently, the Nigerian delegation signed the treaty and also a declaration to say that Nigeria reserves the right to react to any other member country which tries to intrude into what rightly belongs to Nigeria by way of the frequencies allowed Nigerians.

“So what we have done today was for Council to approve what the Nigerian delegation did in Switzerland at that conference and then to ask that the Ministry of Justice review the draft treaty and for it to be domesticated as part of our laws in Nigeria,” the minister explained.