CWO ASSURED SUPPORT TO APLSCD DURING THEIR MEETING

WE SHALL BE WITH YOU THROUGH THIN AND THICK , CWO AWKA DIOCESE ASSURED SUPPORT TO APLSCD
By Augustus Bill 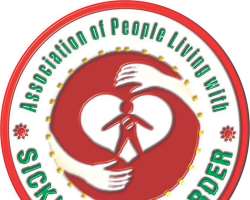 The CWO Awka Diocese has restored succour and hope to members of Association of People Living with Sickle Cell Disorder, pledging their support to their cause and their sensitisation program.

Speaking to her members during the meeting of the Association on saturday at St Joseph Catholic Parish Ekwulobia, the coordinator Aisha Edwards reassured the victims in the state that the women wing of the catholic church in the state has recognized their cause and stands firmly behind them.

The meeting which was an avenue of interaction between members of the Association and the Catholic Women Organization provided an ample opportunity for the CWO to have first hand knowledge of events and plights of the Association.

The meeting also created a forum of discussion for members of the Association to debate on salient issues that bothers the Association, ranging from health and welfare of her members.

Top on her list of Agenda was the already biting issue of the 1million naira pledged to the Association by the State Governor, Chief Willie Obiano. According to Uchenna Chukwukelu from Aguata LGA and the president of the Association, a reliable source has affirmed that the said fund has long been released by the State Governor, but some mischief minds in the government have decided to sit on the fund for either delay it for the Moukebes likes to cash it later or deny its release, over the sudden controversial non indigenous Leadership impression created to distract the government determination in taking the right decision to alleviating their pains.

The members unanimously agreed that it was time they hand the battle over to God, having stretched the limits of their strength. Reassuring the members, the coordinator of the Association, Aisha Edwards told them that they have lived even before the pledge was made last year and by the Grace of God they shall continue living if it is or not released, as their lives do not depend on it.

Edward continued to Shower Strong and Emotional praises for all mothers who considered it important to give them a shoulder to lean on Most Especially Chief Mrs Ebelechukwu Obiano and Her CAFE Initiatives.

However, the Association pleaded on the Government and other well meaning individuals to wade into the matter of Mr. Muokebe, whose dubious activities has left members of the Association in various levels of psychological unrest. The said Muokebe the owner of both Anambra Sickle Cell Association and Orient Sickle Cell Both not registered ,who also has been parading himself as a lover of sicklers is by no means practicing what he is preaching, since his conscience allowed him to demand a sum of 7million naira from the Association for revealing the truth.

The Association also wishes to extend her gratitude to Chief Paulinus MbamaLu, who has agreed out of his magnanimity to host the Association to a sumptuous gathering on 27th of May 2016, at Vonic Hotels Ekwulobia. The Association hereby call on all sicklers in the state to join her during the celebration on the said date.