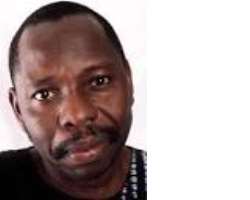 The pledge by the government of President Buhari to fast track (now slow-tracking) the process to implement the recommendations of the United Nations Environment Programme (UNEP) audit report on Ogoniland had raised hopes and won the commendation of many including the leadership of The Movement for the Survival of the Ogoni People (MOSOP). Despite the failure of the previous government, our expectations have been strengthened by the credibility of Nigeria's "Saint General" and president, Muhammadu Buhari.

I have recently become a tourist in Ogoniland to show solidarity with families of some key MOSOP activists who have lost their loved ones. Most of them have died out of failed organs. The situation is alarming as many more are certain to die. A visit to any of the hospitals in Ogoniland will reveal an incredible horde in critical conditions created by the poisonous environment in which they live. Death is a sure end for every one living in Ogoni today.

Ogoni has contributed an estimated 185,000 barrels of oil daily to the Nigerian treasury for over 30 years. Shell and Nigeria had turned oil business in Ogoni into plundering and despoliation, some kind of looting and dehumanization against an enterprising and lovable people who seek and desire good life. Shell and the Nigerian government has exploited our small size and weakness to build Lagos and Abuja with our resources, create multi-millionaires out of looted funds and leaving Ogoni to die in grievous pain.

It is disheartening that not even drinkable water can be found in Ogoni. The entire environment is poisoned and even the air has capacity to send you to death. I had visited Boue in 2012, a small fishing settlement in Khana Local Government where poisonous fumes from across the seas have choked no less than 20 persons to death. No one could be held accountable and efforts to reach out to locate the source from the industrialized neighboring Bonny Island had failed. The community resorted to burying their dead and avoid the territory that was affected.

This 10 minute video speaks of the Boue situation. It was delivered by the Community Development Committee chairman at the time. Watch video on YouTube

For Nigeria and Shell, oil should continue to flow in Ogoni while the people can all die. Government interest is to fulfill its budgets. More money will invariably mean more exotic living, public display of affluence by the commissioners, ministers and other public office holders and of course, more to steal.

While the Nigerian government had been so sluggish at implementing the Ogoni clean-up report, she had also been so efficient at executing the genocidal intentions against the Ogoni and the entire Niger Delta. At the slightest disruption of oil flow from the Delta, death and grieve are immediate consequences for the Ogoni and the Niger Delta people. Cases of the government's intolerance to any disruption of oil flow abound. But cleaning up oil spills of over 40 years that is sending the people to their early graves have been so difficult even to initiate.

In 1987, the Iko community demonstrated against Shell, the Mobile Police Force were drafted in to quash the demonstrations. It left 40 houses destroyed and 350 persons were left homeless according to Environmental Rights Action in a 1995 report. A commission of inquiry was setup to investigate the behavior of the Policemen. The report was never made public.

In 1990, the Umuechem community in Etche, Rivers State, peacefully demonstrated against Shell. At the request of the Eastern divisions manager of Shell, J.R. Udofia, the Rivers State Commissioner of Police drafted Mobile Police men to the area. 80 people were killed and 495 houses were destroyed.

In 1992, the Mobile Police Force was drafted to quell a demonstration in Bonny. 21 persons were killed by the force. The protestors were only complaining that they needed drinkable water and electricity from shell.

In 1993, Wilbros called in government troops in response to a demonstration by the Ogoni people protesting destruction of their crops by the company which was laying oil pipelines in the area. Karalolo Karanwi was shot and later lost her arm.

Also in 1993, another Ogoni, Agbarator Otu died after being shot at the back by Nigerian soldiers while protesting pipeline laying in Ogoniland.

Death is so easy for Shell and the Nigerian government to deliver to the Ogoni. Cleaning up their mess after taking an estimated 185,000 barrels of oil per day for over 30years is so difficult for them.

Ogoni need not be silent over this. It is time to shut down all operations of death in Ogoni, be it the poisonous gases of the Petro-Chemical complex or the effluents of the refineries or even noise of the power plants that cannot deliver electricity.

Ogoni must arise for her future has been destroyed and her children have no hope of a safe environment to live. If the government cannot guarantee a safe environment for us to live, we have a duty to teach them the way to do it. No matter how powerful they and their armies could be, the people can confront the armies. In the words of Ken Saro-Wiwa, we can "Dance the gun to silence."

We must rise in peaceful agitation to compel the government who has taken so much from us, to fix our land. They have to for they destroyed it and they have no alternative but to restore our land.

We are dying slowly and face extinction if nothing is done. History will not excuse us if we fail by remaining silent, failing to act now!

The writer, Fegalo Nsuke is Publicity Secretary of The Movement for the Survival of the Ogoni People, MOSOP. He wrote from Port Harcourt.